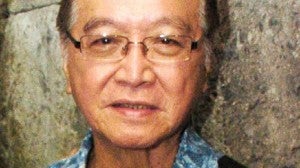 Chionglo said this year’s lineup in the New Breed category was “all about sex, sex and sex.”

“I think after eight editions, the audience of Cinemalaya is ready for this. The lineup this year features more courageous and daring people,” he added. “We will see 16th-century sex via ‘Amor Y Muerte.’ Then there’s ‘Quick Change,’ a controversial film featuring true-life transgenders. We were also charmed by entries with simple stories like ‘Transit,’ which was shot almost entirely in Israel.”

Chionglo added: “My work as monitoring head is easy. The challenge is faced by the young directors, who are now having problems in terms of casting and financing. This is why some entries get pulled out. Kawawa sila.”

The 9th Cinemalaya is scheduled from July 26 to Aug. 4, 2013 at the Cultural Center of the Philippines in Pasay City. Marinel R. Cruz