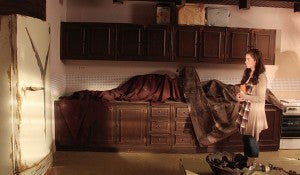 Six Filipino films will be screened at the New York Asian Film Festival, to be held from June 28 to July 15. In the lineup are: Christian Linaban’s “Aberya,” Gino M. Santos’ “The Animals,” Kevin Dayrit’s “Catnip,” Rico Maria Ilarde’s “Pridyider,” Erik Matti’s “Rigodon” and Matti’s short “Vesuvius.” The fest, presented by the Film Society of the Lincoln Center and Subway Cinema, has dubbed the program “Manila Chronicles: The New Filipino Cinema,”  to “highlight the burgeoning but oft-overlooked cinema of the Philippines.” Bayani San Diego Jr.