Stories about a master storyteller 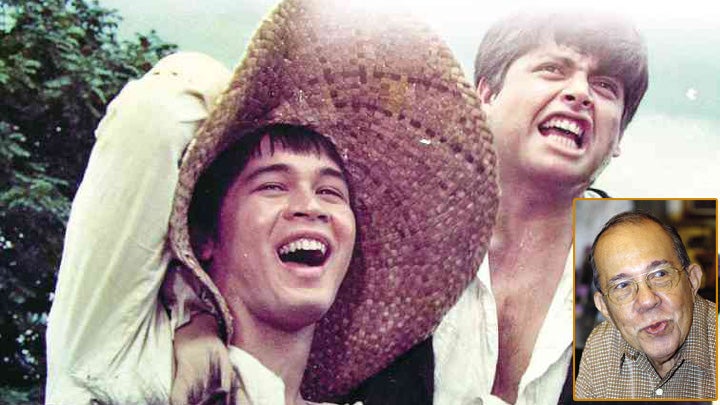 He was a storyteller, in the most fundamental and poignant meaning of the word.

This common thread binds colleagues’ recollections about National Artist (for Film and Broadcast Arts) Eddie Romero, who died Tuesday night at 88 after a lingering illness.

Friends and peers from  the industry, however, hail his unique way with words.

As Romero told Inquirer in a 2005 interview, he started in the business as a short-story writer for the prewar magazine Philippines Free Press— at age 12.

In his 20s, he began churning out scripts for Gerardo de Leon, who would also be a National Artist for Film.

Words were Romero’s gift and passion. As a young boy in Dumaguete, Negros Oriental, the voracious bookworm stumbled upon another medium for that gift.

“Our family owned two moviehouses in Dumaguete— the Luxe and Nepa theaters,” Romero told the Inquirer in 2005. “I got to watch for free, of course, and I caught everything—Hollywood flicks and Filipino movies produced by X’Otic, Excelsior and Parlatone Hispano-Filipino.”

Said actress Boots Anson-Roa, Movie Workers Welfare Foundation head: “He was a master storyteller. He had vision beyond his viewfinder. He was a lover of life. I’ll miss his tongue-in-cheek humor. He was the only one who could beat my father, (Sampaguita actor) Oscar Moreno,

In 1947, Romero worked with Moreno and Carmen Rosales on the Sampaguita movie, “Mameng, Iniibig Kita,” initially directed by De Leon. “Gerry was no longer keen on working with the studio, so I shot most of it,” Romero recalled.

Senator-elect Grace Poe, daughter of the Action King, said of the master filmmaker: “He will always be regarded as a director’s director. But he also wrote some of the most memorable screenplays in local cinema. His works will serve as a benchmark and inspiration for future generations.”

Poe’s earliest memories of Romero were during the shoot of “Aguila”: “My dad had great respect for him and marvelled at his intellect. Once, my dad called him to ask about a complicated word in a crossword puzzle. After giving him the clue, my dad hung up. Shortly after, Direk Eddie called with the correct answer. This was way before Google.” 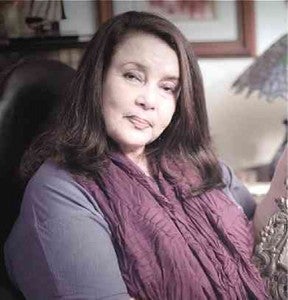 Movie queen Amalia Fuentes, who was in “Aguila,” had nothing but praise as well. “His insight on people translated into his work. I learned a lot from him as an actress and mother, and also as a human being.”

Filmmaker Peque Gallaga started as a production designer and worked, with Laida Lim Perez, on “Ganito,” a period epic. “I found him to be a gentle person, as well as a classic gentleman,” said Gallaga. “Sophisticated, well-read, educated, with a sense of humor that he used with a very light touch. There are no more Eddie Romeros.”

“Banta ng Kahapon” (1977) is Gallaga’s favorite among Romero’s works. “Vic Vargas played a macho bodyguard who was out of his depth and scared witless. Roderick Paulate was phenomenal,” Gallaga said of “Banta.”

Paulate said, “He was always jolly. I feel blessed and honored to have been in his films.”

Niece Chanda Romero recalled: “He was brilliant, charming and humble in spite of his greatness.”

Actor-director  Eddie Garcia, who worked with Romero in numerous movies (including “Ganito” and “Aguila”), spoke of “a cool but meticulous” director. “He gave me a break as contravida in ‘Buhay Alamang’ in 1952. In one scene, I was supposed to be drunk while seducing my costar, Janet Hart.”

To get in character, Garcia actually got soused. “I bungled the scene. Eddie calmly told me to jog around Lebran studio, then take a cold shower after.” 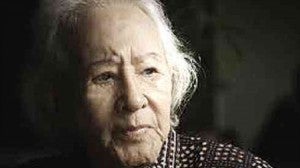 ANITA Linda compares “Eddie to Gerry who was also quiet” on the set.

Anita Linda, who was also in “Buhay Alamang,” said Romero was a lot like De Leon on the set, “quiet and soft-spoken.”

Actor Mon Confiado noted Romero’s mischievous streak.  “He teased me and my partner (Julia Palermo) while shooting ‘Faces of Love.’ It was effective because we became a couple!”

In a statement, Malacañang noted Romero’s exemplary “achievements in Philippine and global cinema.”

Romero directed several Hollywood movies from 1958 to 1976. He was overall Philippine coordinator for Francis Ford Coppola’s 1979 Vietnam War epic “Apocalypse Now.” But he refused to make a big fuss about this. “I got in through the backdoor,” he told the Inquirer.

Australian filmmaker Andrew Leavold interviewed Romero for a documentary on diminutive action star Weng Weng and Filipino B movies in 2006 and 2008. Leavold remembered Romero’s “dry humor, self-deprecating wit, generosity [and] fearless command of the cinematic language.” They would talk for hours, he said. “He humored me about his ‘trashy’ B movies, which he knew I adored. In his home, I had the best coffee, imported from South America.”

Cirio Santiago, Bobby Suarez and Romero were the three big names in Filipino B movies, Leavold said. “Now, they’re all gone. It’s truly the end of an era.”