It takes two to do the show biz breakup cha-cha 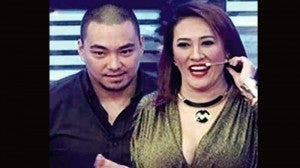 Did Jed Salang really do all those awful, awful things and… isn’t he going to defend himself? Just you wait.

In the aftermath of Ai-Ai de las Alas’ spectacular meltdown on “The Buzz” last Sunday over a turbulent separation from her husband of less than a month, movie reporters have been hunting down Salang, a businessman.

Did he really beat up the 48-year-old actress routinely? Is he a gambling addict, as they say? Is it true that he received a monthly allowance of P40,000 from De las Alas? Did he use her money to buy expensive gifts for another person? Awful, awful talk! (Meanwhile, has he returned the “dream car” that she gave him for their first “monthsary”?)

Several show biz scribes have gone to Salang’s workplace in Alabang, others to his reported current address. A few claim to have talked to Salang, but say he declined to comment on the whole sordid affair.

When De las Alas claimed on nationwide TV that she had broken up with Salang on May 2 after repeated incidents of physical abuse, her fans went up in arms, as if on cue. They wasted no time in flooding Salang’s Instagram account with vitriol, prompting him to close it on Monday—his only link to social networking.

Is Salang preparing to launch his retaliation? It does take two to do the show biz breakup cha-cha. Get the popcorn ready. 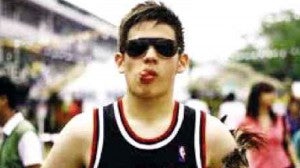 Like it or not, the Ai-Ai-Jed mishap swept the Beautiful Barrettos off the scandal headlines. For a while there, we were willing to forgive the unnecessary intrusion into our lives because every single one of those ladies was a sight for sore eyes.

Speaking of beautiful broods, this one is a shocker, if only a mild one. Young Cutesy, it’s hard to believe, has a penchant for mixing, and using, party drugs. And we thought YC was back on track after a brief vanishing episode. Show biz denizens had their fingers crossed for YC and siblings following a major heartbreak for the family. We’re still rooting for the younger ones.

In apparent (gleeful?) defiance of speculations about his sexuality, Dream Boat is said to often invite to his house male crew members of a popular show. For a little drinking, yes, but they also come away with brand-new wrist watches.

This one is a Guaranteed Gambler, though notoriously not a good player. GG has lost a lot of money at the card tables, and can’t seem to stop thinking now of an offspring’s money. 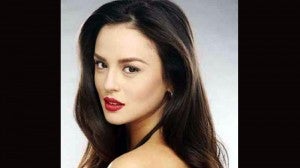 Sudden Celeb’s Honest Driver is made of better stuff than the boss. HD quit the job, sick of covering up for SC, who deceived Suffering Spouse big-time.

HD knew who was living in a house paid for by SS: the same Fortunate Paramour who got all the gifts bought by SS, thinking they’re for SC’s parent. (Sounds familiar—Is this something like a default in the biz?) Would that SS find someone like HD as soon as possible!

Guards in the parking lot could do no more than scratch their heads when Controversial Personality arrived for a long meeting.

Stepping out of his luxury vehicle, CP instructed underlings to keep the air con on, and that wasn’t just because CP wanted the vehicle freezing in the heat of summer and waiting that way when he got back.

Building security glimpsed someone hiding on the other side of the bullet-proof, heavily tinted windows. Who could that be? The guards were quite sure it was CP’s Scandalous Sweetheart.

Hunky Star just continues to rub people the wrong way. HS could well win an award for worst PR in the biz. 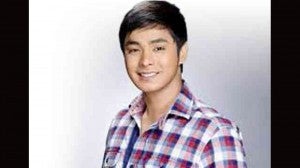 COCO Martin collapses on the set.

Intrepid Reporter recently made the mistake of asking about HS’ personal life.

The star threw a hissy fit!

HS walked out, complained to his handler, and the interview was cut short. But HS kept throwing dagger looks at IR.

Was CC used to make sure UP remained in the limelight? Was CC an active or unsuspecting participant in the moro-moro? On second thought, CC can hardly be described as “unwitting” about anything.

Of late, Macho Actor and Sexy Starlet have been bickering on the set, and SS has production staffers rooting. Even the bosses seem reluctant to support MA in his losing cause. Dejected, MA has threatened to move to another studio.

But it’s not the first time that MA has done this song-and-dance. Perhaps it’s a call for help, so that Influential Benefactor would intervene, again.

Popular Actor comes across as the kindest, sweetest, softest-spoken guy. But he has a dark side.

Carpenters and workers hired to build PA’s home got a sneak peek into his true colors. Unhappy with the pace of construction, PA went berserk and started cursing at the poor laborers.

Contrary to his populist roles, PA, it turns out, is not so friendly with the masa. 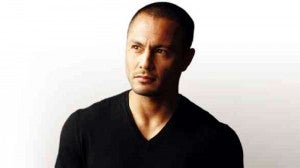 The top show biz news in the Inquirer tabloid Bandera (and why we are moved, if we are moved).

Jake Ejercito napikon, Georgina Wilson malupit at iresponsableng babae. (This is a job for… Erap!)