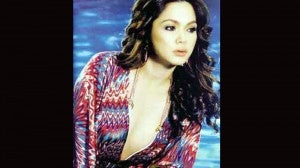 “WE WANT to show that women shouldn’t allow themselves to be abused.”

“Nervous, overwhelmed and pressured” was how Judy Ann Santos described the feeling of doing a drama series after three years of hosting reality shows and occasional acting stints.

“We want to show that women shouldn’t allow themselves to be abused; that we should fight or at least defend ourselves when we know we’re right,” she told reporters at the recent photo shoot for the soap. “We want to help boost the morale of women. I’m sure many of them will relate [to the story].”

Santos said it was very disheartening to learn that many women were trapped in abusive relationships or were in situations where they were at a great disadvantage.

“I want to inspire. Hindi tayo dapat sunud-sunuran lang sa lalaki; na papayag ka lang na apihin (We should not be submissive to men and allow ourselves to be abused),” she said.

On the topic of abuse of women, the entertainment press could not help but ask the 35-year-old actress her reaction to friend Ai-Ai de las Alas’ controversial announcement that she was planning to divorce her husband of one month Jed Salang, following an incident of physical abuse.

“We all love Ai-Ai and we’re all here for her,” she added.

Santos herself has been parrying unrelenting and malicious rumors that she and her husband Ryan Agoncillo have filed for annulment—allegedly because of the latter’s infidelity.

Though she dismissed the speculations, Santos admitted her marriage with Agoncillo was not exactly a bed of roses—“’di lang halata (It just does not show),” she quipped.

The couple prefers to keep and solve problems in private. “Of course there are issues, but we make sure that they don’t leave our home. And the things we argue about aren’t big enough for us to separate,” said Santos, who celebrated recently her fourth wedding anniversary. Santos and Agoncillo tied the knot on April 28, 2009.

Although she did not go into details as to what challenges they faced as a couple, Santos stressed that each one of those helped her and Agoncillo to become stronger and better persons.

“We make sure that we learn valuable lessons from our troubles and … that they don’t happen again,” she said.

So, how does Ryan appease her after a quarrel? “Actually, madalas nga ako ang may kasalanan (I am often at fault),” Santos said, laughing.

She added that she and Agoncillo would not talk to each other for about two days to cool off before talking things out.

“Trying to solve your problems at the height of emotions doesn’t help at all,” Santos pointed out. “And then I cook for him … konting papansin (to get his attention)!”

But no matter what they were going through, Santos said they made sure they slept on the same bed. “That’s what we agreed on—kahit magkaaway pa kami (even if we are fighting),” Santos said.

And just how secure is she with Agoncillo, who has been linked to not a few leggy beauties in the past?

“Ryan is a very honest person. I trust him 150 percent,” she stressed.