Julie Delpy on life at 40 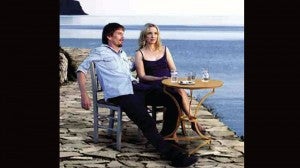 ETHAN Hawke and Julie Delpy star in “Before Midnight.”

LOS ANGELES – “You can’t see it but I haven’t shaved my legs,” Julie Delpy blurted out with a laugh. We were talking about aging and what she was fearful of. The actress, beloved as Celine in “Before Sunrise,” “Before Sunset” and now, “Before Midnight,” said she wasn’t “into my looks and stuff”—thus the admission about her unshaved legs. “Thank God there’s this thing,” Julie said of the table skirt hiding her gams.

The Paris-born actress, refreshingly candid and down-to-earth, declared, “I’m not really scared of aging. I don’t want to be one of those people, I’ve decided a long time ago. First of all—I’ve never been too much into my looks and stuff. I am not that kind of person. I don’t want to be obsessed with those things. I think it’s a lost battle. I just want to let go of that. My mom (actress Marie Pillet) was like that. I believe it’s better not to worry too much and to go on with life and worry about things that matter. I’m lucky I have a lot of love in my life. I’m actually happy. I love women like Vanessa Redgrave. She looks so beautiful to me. She is who she is. She’s aging and she’s beautiful.”

Asked what she would do differently if she could go back in time to when she was in her 20s and filming “Before Sunrise,” Julie replied that she would “just enjoy the moment and not worry too much. I was an extremely worried person. I had such high ideals, integrity and everything because I was raised by artists (father Albert Delpy is also an actor) so it was complicated. I was not the happiest person in the world at 24. I’m much happier now.”

In Richard Linklater’s “Before Midnight,” which Variety film critic Justin Chang declared as the best film he had seen so far this year, Julie’s Celine and Ethan Hawke’s Jesse are in Greece this time, staying with their young twin daughters in a writer-friend’s country villa.

“Celine and I couldn’t be more different,” Julie said of her character, beloved by rabid followers of the film series. “We are writing these characters and we impersonate them.” Julie, Ethan and Richard wrote the script with obvious skill, care and dedication.

Julie, who also sings, directs and does a myriad of other things, said of Celine and Jesse: “I think in this film they do connect and they do have a lot of values that are similar. They do agree on a lot of things. You catch them in a moment of crisis but they’ve shared nine years together. They have two kids. They love each other.”

Laughing, she added, “They still want to have sex after nine years. It’s pretty good.” 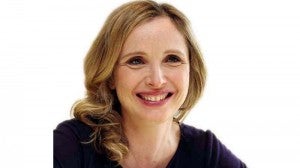 “WE LIVE in a society that flatters only the youth.” Photo by RUBEN NEPALES

She continued, “The couples I’ve seen who don’t have things in common—there’s very little communication there. There’s even very little fighting actually. It’s pretty much dead. So I think they (Celine and Jesse) have a lot in common with each other.”

She clarified, again with a chuckle, “I am not a good adviser on relationships. I’m not a perfect person—surprise!

“As you grow up, and especially as you have children, you are tied to a lot of things. But if you are a conscientious mother and raise your kid, you don’t get off the train with a stranger. You have responsibilities and that’s what the film talks about as well which is, as you get older, your decisions are carving your life. He made the decision at the end of the second film to miss that plane because he’s in a miserable marriage. He decides to be with Celine. But those things have consequences.”

She shared some details on this third outing: “Actually, we start with the consequences of those actions which involve a kid being sent away, which is extremely painful (Jesse sends off his son back to his mother in the US after spending summer with him and Celine in Greece). I’ve never done it but I’ve seen friends going through that. It’s a very painful thing. It’s pretty much hell. So yes, life gets more complicated and you have ties. You can’t just get on a plane and leave for three weeks without your kids. You want to stay with those kids. It’s torture when I’m away from my son (Leo, her kid with composer Marc Streitenfeld) for two days. I have to do it sometimes but it’s not really pleasant.

“But that’s life when you reach your 40s. The film is a reflection of life at 40. It’s complicated. It’s not as cute and romantic. We can’t just dream all day. It’s tough reality.”

On drawing from her own life experiences in cowriting the script, Julie explained, “I’ve had people in my life saying to me, ‘Don’t use that in your film’ (laughs). It’s a very scary thing to be with a writer because we do use things. Sometimes even not consciously. If someone tells me something horrible, or insults me, I’m like, ‘What a great line.’ Or if I’m in a restaurant and I hear a couple fighting and she’s saying horrible things to the guy, I’m like, ‘Oh, fantastic dialogue.’ It’s pretty horrible, like you become a witness of your own dramas.”

What has she learned about men from Ethan? “Women sometimes might feel that men don’t have certain feelings or guilt or this or that,” Julie replied. “Men are as complex as women. I find that men are very sensitive. Sometimes as a woman, you feel your sensitivity and it’s often out there because we express it more easily. Men just not necessarily express it as much. But if you actually dig a little, they’re as sensitive, if not more, than women. I know some men are more sensitive than me, that’s for sure.”

Declaring that she is both romantic and pragmatic, Julie shared her thoughts on “living happily ever after”: “I like my life to be in reality. I don’t dream of things that are impossible because I know that even though I am a romantic, I know that a long-term relationship is not something you can keep, like, with flowers on the bed every day. That doesn’t happen anymore. I have the example of my parents who were together for a very long time. My mom passed away, sadly, but they were in love and happy for 40 years. Death parted them but they would have kept on going. I mean, if my mom didn’t die, for sure they would have spent their entire life together happily fighting ever after.”

“Theirs was a good relationship,” she said. “They had a common passion that was impossible to kill which was their passion for theater…I am going to say something very shocking. They enjoyed having sex with each other. That kept the relationship going for 40 years.”