Celebs inked, but not irked, on Election Day

As TV reports incessantly reminded us on Monday, Election Day is the great equalizer. Stars lined up just like ordinary folk for the midterm polls.

Fortunately, few of them encountered problems at the precincts. Those who were not able to vote made productive use of the long weekend, keeping busy at home and at work.

I just got back from Bangkok and made it to our polling place in Quezon City at 5:30 p.m. It was smooth-sailing naman. Since I reached voting age, I’ve  never missed … [voting on] Election Day.

It was quick and hassle-free. Our precinct in Alabang was very organized. There’s no reason for any registered voter not to vote.

My mom (singer Kuh Ledesma) and I voted; things went smoothly. Afterwards, we went to the mall to buy ice cream.

It was very fast, thank God! Before we went to La Salle Greenhills at 4:30 p.m., I cooked lunch for the family. I grilled baby back ribs and prepared adobong dilao, steamed mussels, pineapple rice and, my kids’ favorite, fried hito.

I voted first thing in the morning—the line was still short. It was my first time and it went well. They had a good system in my precinct in Cainta.

It was super smooth. I had just one vote but it would help determine the leaders who would steer us to a better future. When I saw the “Congratulations” sign on the PCOS machine, I smiled as if I had won Miss Universe. That’s all; thank you. 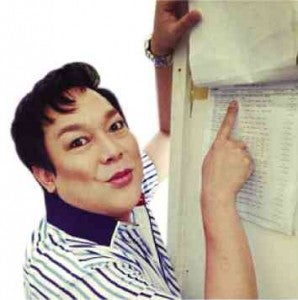 I woke up early and went to our precinct in Makati with a list of my chosen candidates. Seeing the “Congratulations” sign on the PCOS machine made me smile. It was my first time to vote, the automated way. It was good that it rained a bit; it cooled the place and maybe the hot-headed voters. Filipinos really lack patience in queuing up.

I spent election day in Angeles City, where my parents live. We voted together as a family. At first, it was chaotic. People refused to line up. Some PCOS machines broke down. Voting was suspended for a while. After four hours, the people calmed down and the (PCOS) replacements arrived. I am proud to say that I did my duty to the country. 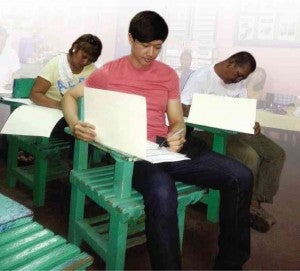 The process was quick and easy in Parañaque. In [2010], we stood in line for three to four hours. The PCOS machines were impressive.

I went to the clubhouse of our village (in Quezon City) to vote. The process was very fast. The poll watchers all knew what they were doing. I was done in five minutes. Based on my experience, it seemed the PCOS machines had helped. I hope it was the same for everyone. I prayed for an efficient and honest election for our country.

I voted at 10 a.m. with my parents at Xavier Greenhills. The mood was light and cheerful. It was very organized. We easily found our precinct number, lined up for a few minutes, voted and inserted our ballots into the machine, which worked perfectly.

I voted in Barangay San Lorenzo, Makati. Some lines were long but, overall, it went well. The process was swift and high-tech. I just hoped the machines wouldn’t malfunction. 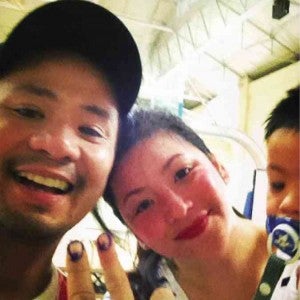 My wife Regine (Velasquez) and I voted near our home in Ayala Heights, Quezon City. It was a breeze. The teachers were very efficient. Poll watchers had a designated area. We were in and out in 20 minutes.

Our family went down on our knees to pray for our country. I prayed for my candidates to win, too.

I couldn’t vote this time because … I’m registered in my hometown in Cebu. To stay involved, I volunteered to be part of GMA 7’s election call center, addressing people’s concerns on the phone and in social media.

I stayed home—watered the plants, fed our pet birds. And our hamster gave birth.