‘Bossing’ getting younger … at heart 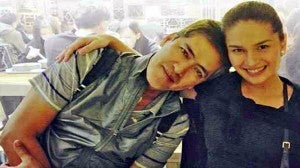 Vic Sotto turned another year hotter on April 28. Bossing neither looks nor feels his age. Could it be because of osmosis, courtesy of his latest squeeze, Pauleen Luna?

He had a birthday dinner with all his children, Danica and Oyo (with Dina Bonnevie), Vico (Coney Reyes) and Paulina (Angela Luz). Also at the  intimate celebration were Oyo’s wife, Kristine, and Danica’s hubby, Marc Pingris. Even if they have different mothers, the siblings’ love for their dad keeps them close.

Women come and go but his kids will remain  the loves of Bossing’s life.

Shaina Magdayao shines anew as she joins ABS-CBN’s superhero  drama series, “Juan de la Cruz.” She portrays Mira, the Princess of the Fairies. What kind of Shaina will we see on the show?

“Definitely a breath of fresh air,” she  beamed. “A lighter character compared to my past roles, which were full of drama.”  (Add to that the melodramatic end of her relationship with John Lloyd Cruz.)

What did she learn from that episode?

“Every heartbreak will crush you, and somehow you will always end up losing a part of yourself,” she mused. “Becoming whole again is such a beautiful thing and process to go through. So now I will always remember to keep a part of me to myself.” Is she happier being single than when she was in a relationship? “I can say that I am definitely in a better and blessed place in my life,” she  declared. “I’m stronger and wiser now.” Shaina has reached the point where loneliness has started to feel like something called freedom. 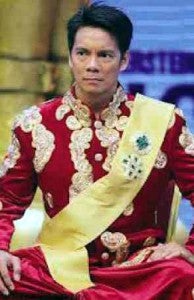 Although I have seen “The King and I” when my good friends, Leo Valdez and Monique Wilson, top-billed  the well-loved musical, I am excited to catch it again on Saturday. This time around, another dear friend of mine, Bo Cerrudo, will portray the King. With Bo, it’s less hype and more substance. I really believe that he should be given more breaks. Catch him in “The King and I” at Resorts World Manila. (For tickets, call 908-8000 loc. 8507 or 0917-872-8735.) Bo’s last performance will be on May 25. The show runs till May 26, 2 p.m. and 7 p.m., with Nonie Buencamino as King Mongkut.

From my tête-à-tête with Bo:

What has your role as the king taught you?

My portrayal as king in “The King and I” has been personally enlightening. I took to heart a lot of the lines in the song “A Puzzlement.” I’ve learned that a lot of people are not sure of what they think they absolutely know. Either they change their thoughts or get confused when proven wrong. An egotistic person always watches out for conflict and comparison to solidify his sense of self. To borrow a few lines from the song, “And it puzzles me to learn that though a man may be in doubt of what he knows, very quickly will fight to prove that what he does not know is so.” We have a lot of our own deep personal conflicts which we may be able to transcend when we learn to trust our instincts a lot more. A big lesson I’ve been using lately is about living in the “now,” no past, no baggage that triggers the urge to unreasonably pass judgment.

What’s your most unforgettable moment while doing the play?

There are many unforgettable moments in “The King and I” run, like a birthday cake being brought out onstage after a show on my birthday, and a power outage during my death scene on my first pairing with Menchu Lauchengco-Yulo. But the experience I always enjoy most is when I’m  in the company of the kids in the cast.

What would it take for  theater/stage plays to be as popular as movies with Pinoys?

There have been countless attempts to make that happen. This, I believe, has succeeded to some degree especially because of the attention the media has been giving it recently.  And also because certain theater groups have been mounting more original Filipino musicals/plays. Perhaps when the venues become more accessible to people from all walks of life, and ticket prices are able to match, or at least come close to, those of movies, a lot more people will take the time to come and be entertained by this medium.

How has “The King and I” made you grow as an artist?

“The King and I” run has re-instilled in me the discipline that is standard in theater. I brought it upon myself to make each show unique in terms of delivery. I have learned to focus on the journey and not the destination. In fact there is still much that can be created in the portrayal of King Mongkut and overall, it has been a wonderful experience.