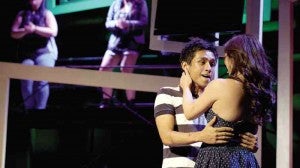 With the enduring music of Sugarfree as its main driving force, the ongoing rock musical “Sa Wakas” has made theater—an art form occasionally perceived as elitist—more relatable and accessible, especially to the youth.

“This production is a marriage of theater and OPM (Original Pilipino Music); an attempt to bridge the gap between the two. One of our biggest goals in making this musical is to introduce fans of local pop music to theater and vice versa,” playwright and director Andrei Nikolai Pamintuan told the Inquirer in a recent interview. “We wanted something not highfalutin, and will speak to the viewers.”

An unabashed Sugarfree fan, creator-producer Charissa Ann Pammit, added that “Sa Wakas” could be a great venue not only to introduce the younger generation to the band’s impressive body of work, but to ultimately promote OPM. “We wanted to show everyone that a lot of our local songs, like those of Sugarfree, are amazing both melodically and lyrically,” she said.

Although inspired by foreign stage musicals like Jason Robert Brown’s “The Last Five Years” and punk-rock band Green Day’s “American Idiot,” “Sa Wakas” is very much grounded in Filipino pop culture. “All the jokes, the places and the language can be seen and heard in urban Manila,” Pammit pointed out.

Since “Sa Wakas” attempts to target a much wider, younger audience, one of the challenges in staging the musical, Pammit said, was striking the right balance between artistry and commercial viability. “I don’t like it when people water down their material because they cater to the masses. It’s like insulting the audience’s intelligence.”

For Pammit and Pamintuan, selecting Sugarfree’s music for their project’s backbone was a no-brainer. “It made perfect sense because the songs are narratives in themselves,” Pamintuan pointed out. “They have a wide range of songs that tackle the beginning and end of a relationship.” 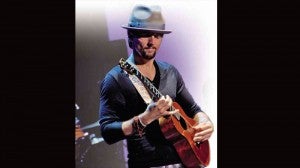 Asked how involved former front man Ebe Dancel was in the creative process, Pammit related  that the now-solo artist attended rehearsals and listened to the songs, which were meticulously rearranged by Ejay Yatco to give them “a Broadway vibe” while retaining the original rock sound.

“We’re so thankful that we have the support of Ebe, who entrusted his songs to us,” she said. “He gave us liberty to tweak both the melodies and the lyrics of his work. He even wrote a new song,  ‘Bawat Daan,’ specifically for the musical.”

For the fans who know each Sugarfree song by heart, “Sa Wakas” is a chance to relive and appreciate the band’s music in a different way.

As for what songs the audience can expect, Pamintuan said the lineup is a mix of the band’s biggest hits and unpopular but equally good tracks culled from Sugarfree’s four albums. While the creative team wanted to include as much fan favorites as possible—such as “Hari ng Sablay,” “Mariposa,” “Kwarto”—

Pamintuan said they had to pull out the ones that didn’t really help improve a scene or advance the plot.

“We made sure that everything was seamless and cohesive. We didn’t want it to appear forced. At the end of the day, we’re telling a story,” he said.

The musical opened last Saturday at the Peta-Phinma Theater in Quezon City. The feeling, Pammit and Pamintuan said, laughing, was comparable to giving birth. In the end, Pamintuan noted, “All the work was well worth it after seeing the crowd’s reaction. I hope we were able to come up with something that will eventually attract more people to theater.”

Presented by Culture Shock Productions in cooperation with Fringe MNL, “Sa Wakas” goes back to the Peta-Phinma Theater, with matinee and evening performances today and on April 26, 27 and 28. Tickets are available at Ticketnet outlets. For inquiries and reservations, call 911-5555 or visit www.sawakas.com.

Jason Mraz back May 14

Pop star Jason Mraz, who brought us the hits “I’m Yours,” “The Remedy,” “Lucky,” “I Won’t Give Up,” “Make It Mine” and “Himself,” is coming back to Manila with his band on May 14 to perform at the Smart Araneta Coliseum in Cubao, Quezon City.

Tickets for the May 14 concert are now available at all Ticketnet outlets, or at www.ticketnet.com.ph.