Director Gil M. Portes insists his latest indie film, “Bayang Magiliw,” is based on a true story that happened in his hometown of Pagbilao in Quezon province. 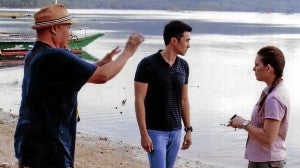 The lead character was really a vice mayor, “a very powerful one,” in his barrio, Portes says. The mayor was always somewhere else, so his next in command kept the constituents subservient to his whims.

Portes adds: “He frowned on birth control and outlawed all sorts of contraceptives—pills, condoms … His dictum was, ‘Go forth and multiply,’ which was, sadly, a veritable excuse for his womanizing.” 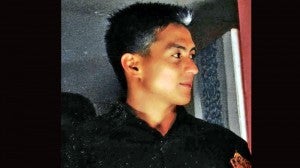 The mayor himself, played by Wendell Ramos, had at least nine illegitimate children, says Portes. “But it was also because his wife was barren, and [she] allowed her husband to play around to make up for her insufficiency.”

Quite naturally, the entire movie was shot on location in Pagbilao, where Portes always gets full cooperation from the townsfolk and officials. And he needed this especially for the climactic scene, where Ramos had to run a few hundred meters naked.

Portes explains the scene: “To escape the wrath of his lover’s husband, who had caught them in the act, the mayor had to quickly run away without clothes.” When director and actor first viewed the finished sequence, Ramos became uneasy because it took a few minutes. He pleaded with Portes to shorten it.

Portes’ award-winning films are about small towns, earning him the unofficial tag “barrio director.” But he also directed such  blockbusters as “Markova, Comfort Gay” in 2001, which won three best actor trophies at the  Brussels International Film Festival for Dolphy and sons Eric and Epy Quizon. 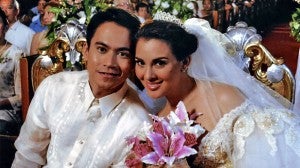 “Bayang Magiliw” premieres at an SM Megamall cinema on April 15.

Read Next
Sunshine Cruz: No reconciliation with hubby Cesar, for now
EDITORS' PICK
An innovative, fun shopping experience AllDay
Walk out of a hearing if Gordon starts shouting at you, Duterte tells Cabinet officials
Pharmally funding came from friends, not me, Michael Yang insists
COVID rampage extends beyond NCR
Welcome the next imagery master with vivo X70 co-engineered with Zeiss
Watch live performances by ITZY, Mamamoo and other K-pop stars on Smart’s GigaPlay App
MOST READ
Pharmally funding came from friends, not me, Michael Yang insists
LOOK: Alice Dixson gives glimpse of partner’s face in beach moment
ACT-CIS Rep. Yap names Pimentel of using ICC for political agenda
No talks yet on Bongbong Marcos candidacy under PDP-Laban
Don't miss out on the latest news and information.

Villar, Pacquiao still the only billionaires in Senate