Sunshine Cruz: No reconciliation with hubby Cesar, for now 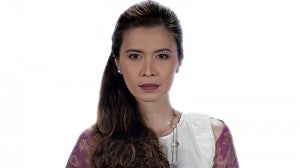 “It’s a never-ending cycle of pain.”

This was how actress Sunshine Cruz described her 13-year relationship with husband Cesar Montano, whom she left after accusing him of having an affair with starlet Krista Miller.

The 50-year-old actor, who has been romantically linked to a number of female celebrities in the past, had denied involvement with Miller.

“We’re adjusting well,” Cruz said. “The girls and I are okay. Our house is much simpler now but we’re happy.”

The actress added that she has decided to finally cut off ties with Montano because “I’m not getting any younger. I’m 35.”

She added: “I saw that the kids were very much affected. I only did what I had to do.”

In February, Cruz, on her Instagram account, identified Miller as the reason for their separation. She said it was their daughters who had informed her about the affair. “I have been really quiet but when my kids are affected, unfair na ’yon. It [was] actually them who told me about this. They’re hurt! I’m moving on… with my children.”

While she claimed to have forgiven Montano, reconciling with him still wasn’t an option. “I’m busy with work now. I’ve decided to just focus on that first. I’m a single mom. I’m independent and I’m happy.”

Cruz is part of the cast of the latest ABS-CBN prime-time drama series “Dugong Buhay,” which began airing on Monday.

The actress said the project came to her at the perfect time. “I couldn’t do two things at the same time—work and take care of my kids. That’s why I chose to lay low from show biz. Now that the girls are bigger, I can afford to work three times a week. Their father is willing to look after them while I’m out, anyway.”

She described Montano as “a very generous and loving parent to our kids.” In fact, she said Montano recently attended one of their daughter’s graduation ceremony. “We went there together. We even had our pictures taken as a family. He (Cesar) loves his kids dearly. I will never keep them away from him.”

However, she refused to say whether or not Montano was trying to woo her again. “Things have changed between us—that much I can say. If you love someone, you just let him do what makes him happy. That’s why I just let Buboy be,” she said. “I will not deny that I still love him. I sacrificed a lot for our relationship. And even though we could eventually live separate lives, I’d still care for him. He’s the father of my kids. ”