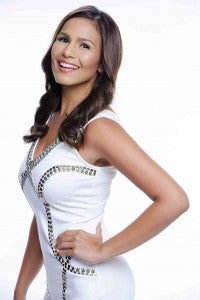 SHE COULD’VE earned a PhD in weight loss.

The best thing about doing a heavy drama series such as the concluded “Kahit Puso’y Masugatan,” said actress Iza Calzado, was that it challenged her, and helped her improve her craft. The downside, was the gruelling work hours that make sleep a luxury more than a necessity.

This is perhaps the reason why Iza is in no rush to do another teleserye. Instead, she’ll try hosting for a change.

As excited as she is, Iza is nervous because she hasn’t attended  any workshop or mustered enough experience in this aspect of the biz, save for a few guestings. For her, experience and practice are still the best teachers.

“There’s pressure; at the same time you just have to enjoy it, or your work will suffer,” she pointed out. “I’m entering a new territory, and I hope to conquer it. I’ve never been given a chance to host a show this big.”

The relatively lighter schedule, she said, might also allow her to explore and do more things in show biz. “I want to try and achieve goals that I’ve set for myself.”

As someone who has struggled with her weight—and the self-esteem issues that came with it—for most of her life, Iza said that being asked to host “The Biggest Loser” was a pleasant surprise.

“I’ve spent so much time in the gym. And if you tally the hours I’ve put in, I think it would be enough for me to finish college—or even get a PhD,” jested Iza, who ballooned to 220 lbs. at one point in her life.

But everyone has his own personal struggles, she said. “We all have to face different challenges in life. These are the cards given to me so I just have to play them.”

Living and maintaining a healthy lifestyle is difficult, and there are times when Iza can’t help indulging. But for “The Biggest Loser,” which starts shooting end of the month, Iza vows to be in tip-top shape. “Sometimes I can get off-track. So I have to make doubly sure that I’ll work hard before hosting the show,” she said.

Just like her career, all is well with her relationship with Filipino-British boyfriend Ben Wintle. Asked if they’re ready to settle down, Iza said they would rather focus on their careers first. “Settling down means taking a break. I have to maximize opportunities given to me. I still have to save up for that,” she said.