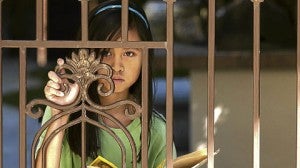 When Manila-born Marie Pineda moved to Los Angeles, California, in 2007, she needed detailed directions to the famed Sunset Boulevard. Today, less than five years later, as a driven young producer, she expertly weaves her way through the city to various movie studios, post-production facilities, and shooting locations.

Pineda’s Hollywood journey began when she went to LA to pursue a master’s degree at the prestigious American Film Institute. “I wanted to tell Filipino stories that were meaningful to me, but I wanted to do it in the cinematic style that inspired me when I was growing up,” Pineda explains. “So I had to go to Hollywood.”

Her short film, “Unrest” (16 minutes, 2010) was the project that gave her such an opportunity. A family drama about choosing sides during the 1986 Edsa Revolution, the movie premiered in LA to critical acclaim, and was shown in the Short Film Corner section of the Cannes International film festival in France. Last year, it won the jury award from the Stony Brook film festival in New York. Now, after completing a successful run in the festival circuit, “Unrest” is coming to Manila later this year for its local premiere.

Pineda grew up in Makati. She was a little girl during the revolution. She started college at Ateneo de Manila University before heading to the United States in 2001 to take a film course at New York University. “I didn’t have any thought of pursuing film as a career… I was pretty sure I was interested in business, so those were the classes I focused on,” Pineda says.

But she always loved cinema, that’s for sure, and counts “Y Tú Mama Tambien,” “Traffic” and “Requiem for a Dream” as specific influences that showed her how much power the cinema had to illuminate complex emotions.

Watching those films, she recounts, she felt “somebody else out there was able to express how I was feeling, but in a way I had never fully understood or considered. The films had their own language, and I wanted to learn that language.”

She finished her undergraduate studies with honors at the NYU (in the world-renowned Tisch School of the Arts film program), then got her master’s degree at the AFI in LA, whose distinguised graduates include filmmakers Darren Aronofsky, Amy Heckerling, David Lynch and Terrence Malick.

“Unrest,” directed by Pineda’s AFI “teammate” Christina Rubenstein, stars Giselle Tongi in a cast of Filipino-Americans from around Los Angeles. “‘Unrest’ was a great opportunity to tell an emotional story and fuse my Filipino background with my creative team and resources in Los Angeles,” says Pineda. “I can’t wait to do it again.”