Isay upbeat about local theater, does her part 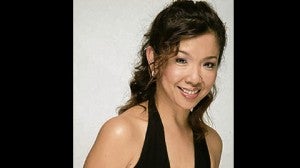 Theater actress Isay Alvarez longs to see the day when a Filipino stage play could sustain enough audience interest to run all year round.

She’s particularly upbeat about the Visayan epic “Hinilawod,” which will be staged September 3 and 4 at the Tanghalang Nicanor Abelardo of the Cultural Center of the Philippines.

“We hope this play will be successful,” Isay said in a recent presscon. “We need to have something we can really be proud of, something that represents our culture.”

Isay and husband Robert Seña—both highly regarded thespians here and abroad, having appeared in international productions such as “Miss Saigon”—were tapped to conduct a three-day acting workshop for about 20 of the 70 members of the “Hinilawod” cast.

“All of them had the heart to perform,” Isay said of the actors, including those who were not formally trained. “Everything we taught was easy for them to follow because they had an open mind.”

Isay and Robert also helped the cast condition their minds about performing on a big stage. “We wanted to equip them [with confidence] because the CCP can be very intimidating,” Isay said.

The original text, discovered in 1955 by renowned anthropologist F. Landa Jocano, roughly translates to “tales from the mouth of Halawod River” and is said to be one of the longest epics in the world. When chanted, it would take about 30 hours to go through the staggering 28,340 verses.

The epic tells the story of three demigod brothers (Labaw Donggon, Humadapnon and Dumalapdap) and their quests for love, revenge and glory. It highlights the value of family, courage and dignity, and is a vessel of Sulodnon rituals and traditions.

“Hinilawod” was first performed by the Panayana group in dance form at the Cultural Center of Western Visayas in March 1983. In the ’90s, it traveled to various international dance and theater festivals in Spain, France, Portugal, Germany, Egypt, the United States and Canada.