Album Review: ‘What About Now’ by Bon Jovi 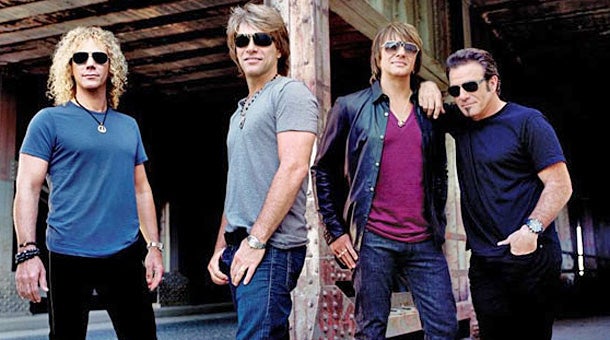 When you speak of one of the most successful bands to have ever come out from the 80’s and definitely one of the best artists from the state of New Jersey, look no further and focus on one name—and that is Bon Jovi.

He may have come from the era of 80’s “Glam Rock” but he sure has graduated and moved on to adapting a more modern rock sound. That is one of the main reasons why he has remained in the public eye for so long and somehow still relevant in music. It is his ability to change with the times.

Bon Jovi was more known back then for his power ballads and stadium-rock anthems that dealt with love, questions of faith, and daily struggles. He was able to fill up those stadiums all over the world during the mid-80s to 90s and all the way to the early 2000s.

I remember watching a few of those concert videos and I could see thousands of loyal fans raising their clenched fists and singing along to some of his greatest hits like “Livin’ On A Prayer”, “You Give Love A Bad Name”, “Keep The Faith”, “Always” and “Blaze Of Glory” just to name a few.

That is roughly around 30 years of staying power for the “Jersey Boys” but their last few albums have been more of hits-and-misses. While Bon Jovi still does manage to remain catchy with his lyrics and has the ability to turn even the most mundane of topics into inspiration-filled songs, the questions are: What can Bon Jovi offer their fans that they haven’t heard of before and what exactly has the band left to offer? 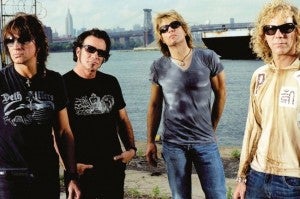 This is their 12th studio album and for a band whose members are well into their 50’s, what exactly is left in the tank of one of America’s most beloved poster boys of Rock N’ Roll? We will find out in their latest studio-release.

Here is my review of the best tracks of ‘What About Now.’

Track1. “Because We Can”— The opening track is filled with optimism and infectious lyrics. A tried and tested formula that has helped Bon Jovi sell more than 130 million albums in the last 30 years.

Throw in a catchy chorus that can leave you humming and singing along on a sunny day:

“I don’t wanna be another wave in the ocean,
I am a rock not just another grain of sand,
I wanna be the one you run to when you need a shoulder,
I ain’t a soldier but I’m here to take a stand

Track 4. “Pictures of You”—A sort of a throwback track to the 80’s. The sound and vibe are reminiscent of that decade, plus you got excellent lead guitar work by Richie Sambora here. 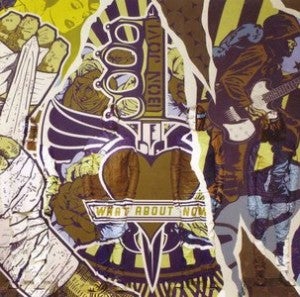 Track 7. “What’s Left of Me”—An average track but what saves it for me is the country vibe of the song.

Subtle touches like those do go a long way when you are trying to search for something new or different in an album that seems to be all over the place and disjointed.

Track 8. “Army Of One”—A “self-help” anthem from Bon Jovi. But instead of sounding like another duplicate melody- wise from a previous track in the album, there are enough changes thrown in to give this song a different feel. You have Tico’s army march style of drumming; the organ thrown in to give it a gospel touch; and a repeating chorus that will surely get lodged at the back of your brain, as you will hear the same lines over and over again. Bon Jovi’s Positivism is best represented here, but maybe just a bit tad too much.

Track 9. “Thick as Thieves”—This for me is the quintessential Bon Jovi Ballad. Longtime fans would find this track the easiest to connect to their classic ballads. It is heartfelt with its lyrics and easy to the ears.

Track 12. “The Fighter”—An acoustic “self-help” anthem. Melancholic and, by all means, meant to strike a chord with the listener. Don’t get the title of the song make you to believe that it is a hard rocking anthem. The title suggests victory over adversity and the underlying message of the song is more about overcoming struggles with a mighty resolve.

Hence, the song is titled “The Fighter”. No drums and only minimal usage of the other instruments, and all you are left with is the reassuring voice of Bon Jovi saying “everything will be okay.”

Overall, Bon Jovi’s twelfth studio-release “What About Now” is an improvement in certain aspects of their last two previous efforts. However, Bon Jovi rarely fails in leaving an impression, whether it is good or bad. A lot of music critics frankly dislike his brand of music for one reason or another, but more loyal fans simply love the guy.

There is a certain appeal about him that has won over millions of music lovers to his side. So, it is like trying to decide whose vote matters more when it comes to his music. All the hundreds of thousands who would fill up the stadiums all over the States and in other countries over the last three decades can’t all be wrong.

They see something in him that they can relate to. Perhaps, it is because he does feel like a blue-collar type of guy, somebody who represents everyone. In this album, he sings about matters of the heart, the recession in the economy, the shortcomings of the media, and even political things in nature.

Socially aware, politically correct, and with a conscious effort to try to continually reach out to both old and new listeners with subjects he knows they can relate to–that is the winning formula that Bon Jovi has clearly mastered with fans.

Read Next
Some stars’ Twitter followers count may be padded
EDITORS' PICK
DOLE Bicol shells out P45.7M in aid for 9,000 displaced workers
Senators on Duterte ‘shoot’ warning: ‘Let’s address hunger’ instead
Vico Sotto replies to NBI, asks for clarification
Macalintal: NBI on ‘fishing expedition’ as no ‘genuine’ case vs Vico
Latest patient brings number of COVID-19 cases in Cebu to 29
Anne Curtis, Angel Locsin, and Gabbi Garcia: Celebrity tweets on the state of the nation
MOST READ
Angelica Panganiban on endorsing Duterte in 2016: ‘Patawarin niyo ko’
PACC to NBI: Probe Robredo for ‘competing with national govt’ in fight vs COVID-19
PACC’s COVID-19 motto? ‘Lahat ng tutulong, ikukulong’ — Lacson
5 Filipinos on Forbes Asia’s “30 Under 30” roster
Don't miss out on the latest news and information.