JACLYN is not ready to make nice.

It used to be easy, determining a star’s popularity: Just keep tab of banner-waving, card-carrying members of fan clubs.

In the advent of the Net, the new measure is the number of a star’s Twitter followers. Marketing and advertising experts have come to rely on this to see who’s hot and who’s not.

A scandal is currently rocking the Twitter-verse, with a controversial website alleging that Popular Celebs have been padding their numbers. The website says many of the followers of PC1 and PC2, totaling in the millions, are actually “inactive” accounts and that some have been “bought.”

This surely merits deeper investigation. Are there companies that specialize in bolstering the Twitter profiles of public figures by creating fake accounts and “following” away? 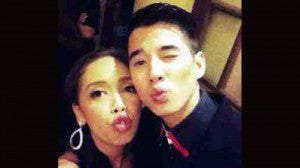 Then again, dishonest practices such as this one are not unheard of in the biz. It’s not far removed from studios augmenting box-office grosses by P20 million via creative accounting.

Or actors who buy awards.

Speaking of which… Election time is months away, but a Rushes mole caught Pretty Starlet in the act of vote-buying.

Our source claims that PS personally handed out cash meant to convince people to give her a coveted trophy. Maybe PS is a control freak?

Actor-Politico was guilty of the same crime, said the stunned mole. AP garnered enough votes for another title given that same night—for a measly fee per person .

Handsome Hunk insists that he’s a “slowpoke” with girls.

Observers are not convinced. After all, HH knocked up Flamboyant Costar’s sister years ago.

HH has yet to own up and acknowledge the child as his own. Quick, there’s enough time before Father’s Day.

Papa, can you hear me?

Picked up from the INQUIRER tabloid Bandera:

Since that unfortunate incident, PH’s behavior has been erratic. If he showed up to work at all, he was tardy—and IM was only too willing to make excuses for him.

Stunning Siblings supposedly introduced PH to drugs, too. As a result, he became even more unreliable and would often show up in public smelly, sweaty. Needless to say, IM has dropped PH.

Heard on the Radyo Inquirer show “Kliq Showbiz” (dzIQ 990 AM, Monday to Friday, 3 to 5 p.m.): A perfect summertime treat.

Jobless Sexy Starlet found a lucrative sideline. She inhabits beach resorts, trolling for wealthy and generous old men. Her persistence has paid off big time. She can now take relatives on shopping sprees abroad. Courtesy of the DOMs?

Paolo Ballesteros, asked if he has come out: “Walang dapat itago. What you see is what you get.” (Nice one!)

Krista Kleiner after her breakup with Jay-R: “I’d like to move on. I’m in a way better place. I’m really happy and I just want to keep positive.” (Got that. Stay there.)

Enchong Dee, asked if he was invited to Julia Montes’ debut: “I got the invitation but I declined… It’s her night. Gusto ko lahat naka-focus sa kanya.” (How rare.)