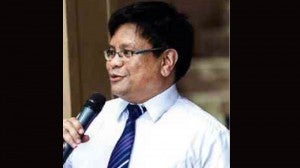 EUGENIO Villareal says the board only wishes to fulfill its mandate.

After GMA 7’s “Party Pilipinas,” TV5’s “Wowowillie” and ABS-CBN’s “ASAP 18” also got in trouble with the Movie and Television Review and Classification Board (MTRCB) recently.

Some observers on INQUIRER.net remarked that networks may be using these controversies involving the MTRCB to drumbeat their shows.

MTRCB chairman Eugenio “Toto” Villareal told the Inquirer: “We just have to be prudent and stick to the issues.”

He pointed out that the board is mandated by law to look into possible violations committed by TV networks.

“The MTRCB is simply interested in fulfilling its mandate and part of this is ensuring that the networks and other outfits do their part, concerning the March 2012 Memorandum of Agreement which deals specifically with the portrayal of women in film and media,” Villareal asserted.

He assured the public that the MTRCB will not allow itself to be “used, to pursue the interests of any network or of any party for that matter.”

During the inquiry, ABS-CBN reported that it had already drafted a manual on wardrobe matters.

The complaint against “ASAP 18” stemmed from the “provocative” outfit worn by performer Anne Curtis (a long gown with a slit that bared the top of her left thigh) in its February 24 episode.

At the same meeting, the board and ABS-CBN agreed on three measures: The network will present a written procedure on wardrobe before March 11; it will appoint a gender-sensitivity point person, apart from a decorum officer; and that “ASAP” representatives and other network officials will attend a gender-sensitivity seminar on March 15.

The board is coordinating with the Philippine Commission on Women, chaired by Remedios Ignacio-Rikken, in mounting the seminar.

On Thursday, it was TV5’s turn to be summoned by the MTRCB. The complaint against TV5 arose from Willie Revillame’s outburst in the Feb. 28 episode of “Wowowillie”—in which the controversial host castigated former co-host Ethel Booba on air.

The board will look into the “overall portrayal of women on the show.”

Sought for a reaction on the board’s summon, TV5 Corporate Communications said it had no comment.

The board asked TV5 representatives to attend a gender-sensitivity and decorum inquiry on Wednesday.

Meanwhile, Radyo Inquirer (990 AM) reported that the Court of Appeals has reversed the MTRCB’s decision, suspending the TV5 show “T3: Kapatid Sagot Kita,” hosted by the Tulfo brothers—Ben, Raffy and Erwin.

The “T3” case resulted from the brothers’ on-air tirade against show biz couple Raymart Santiago and Claudine Barretto who had figured in an airport melee with the Tulfos’ older brother Mon.