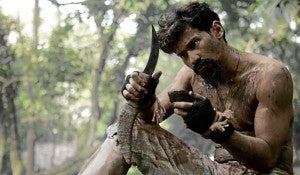 Apart from Chris Martinez’s movie musical “I Do Bidoo Bidoo,” two horror flicks—Erik Matti’s “Tiktik: The Aswang Chronicles” and Lawrence Fajardo’s “The Strangers”—will also be screened at the Far East Film Festival, to be held in Udine, Italy from April 19 to 27. Joji Alonso, producer of “The Strangers,” relayed the news to the Inquirer this week.