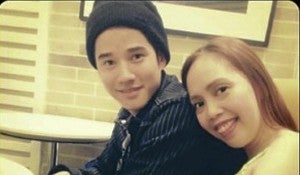 Besties Mario Maurer and Kakai Bautista meet up in Bangkok.

Swooning fans of Thai heartthrob Mario Maurer are envious of Kakai Bautista.  Some Mario diehards are bashing her on Twitter. Kakai’s message to them: “God bless you!”

Rumor has it that Mario is smitten with the lovable comedienne. Some quarters insist that Mario has split up with his longtime girlfriend, Gubgib Sumontip (a Thai actress). Kakai and Mario became close during the shooting of “Suddenly It’s Magic.”

“Pardon my show biz answer but we’re just super good friends,” Kakai says. “We had dinner in Bangkok recently with his manager and my friends. We’re both fun-loving. He is a wonderful guy. Very humble. No airs, even if he’s a superstar in Thailand.”

Who knows? Friendship is just a few heartbeats away from love.

I teased Kakai, “Just end your friendship and be lovers instead.”

I’ve been fascinated by anything French since studying in Paris many summers ago. I’m looking forward to Atlantis Productions’ staging of the acclaimed play “Piaf,” by Pam Gems.

The play opens this Friday and runs until March 23 at the Carlos P. Romulo auditorium, RCBC Plaza, in Makati (call 891-9999). 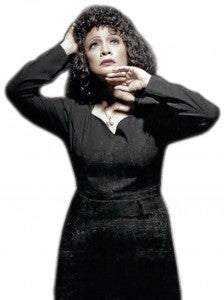 It’s about the iconic French chanteuse Edith Piaf whose signature song, “La Vie en Rose” has become sort of a “national anthem” for Francophiles all over the globe. Portraying Piaf is stage/film/TV actress Pinky Amador. She’s perfect for the role, being a certified Frenchwoman trapped in a Pinay’s body. Enjoyed my tête-à-tête with Pinky, as we brushed up on our Français.

How did you prepare for the role?

It is an extremely challenging role—there’s always a huge artistic responsibility for any actor, when playing a real person, whether deceased or still living. To prepare for it, there’s tons of research to be done. Biographies, films, discography, influences, genre of music, etc.—the list is endless. Luckily I am a Francophone and I visit France frequently. I’ve been to the places she frequented. I went with my director to Paris to visit her museum and her grave at Père Lachaise Cemetery, for one last “immersion.” It’s always different when you return to a place in a specific frame of mind. Besides, I love Paris!

What fascinates you about her story?

Piaf’s life was a struggle from beginning to end—financially, educationally, family-wise, artistically, romantically, class-wise. Out of those struggles, she emerged with beautiful songs and lyrics. There are several layers of difficulty here:

Physical, because the role is “epic” in nature—from when she was “discovered” at age 19 till her last days at 47. Toward the end, she was heavily dependent on painkillers due to arthritis and previous accidents. She was almost a cripple at the end.

Piaf literally “suffered for her art” and was continually heart-broken and tortured, suffering from loneliness, and addictions of the mind and body. As an actor, I must convey that internal struggle, turmoil and chaos. Not easy.

Vocal—Singing in French … the “placement” of the language is tricky and tends to be very nasal. The range is also a little low for me, which can be dangerous for any singer who is not singing within his/her natural range. Also, I am a stickler for accents and I want my French to be flawless. I am taking special lessons at the Alliance Française for this.

What did you learn from her life story?

Without love, life is nothing.

It’s very hard to compare oneself to an icon like her, but I think all dedicated artists yearn for the same level of excellence. The old adage, “The show must go on,” is certainly something I can relate to, although Piaf suffered far greater and risked more than most artists.

Why should people watch “Piaf”?

2013 marks my 30th year of stage work and in the business. I wanted to do a project that celebrates my body of work, experience, training and knowledge—with a tour-de-force performance and a powerhouse cast. This is a once-in-a-lifetime role for any actress and is also the reason it is hardly done or revived.