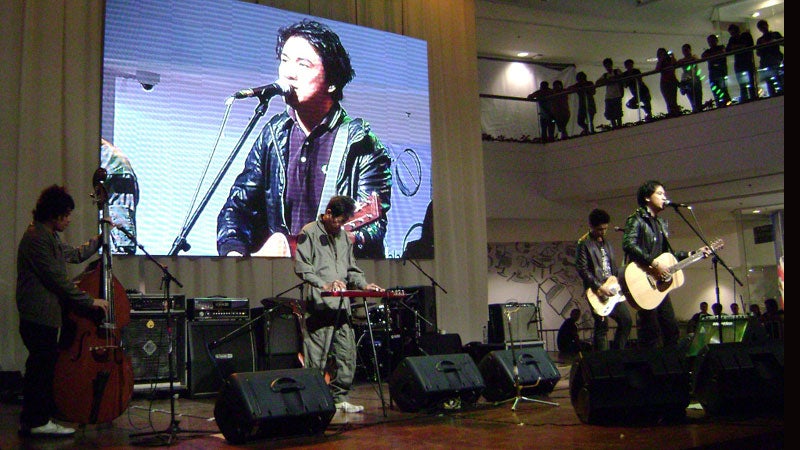 The band is composed of musicians from three generations of OPM—Nitoy Adriano (guitars), a legendary blues guitarist best known for his long stint with The Jerks, Ely Buendia (vocals/ guitars), one of the most influential rock icons in the country and the trio of Chris Padilla (vocals/ guitars), Ivan Garcia (bass) and Bobby Padilla (drums), who broke into the scene just a couple of years ago with their fresh take on rockabilly with their band Hilera.

The Oktaves performed all 12 tracks from the album including their hit track “K.U.P.A.L.” and the new single “Paakyat Ka Pa Lang, Pababa Na Ako.”

Likewise, The Oktaves Album Bundle, which consists of The Oktaves album, limited edition T-Shirt and poster, was made available exclusively during the lau 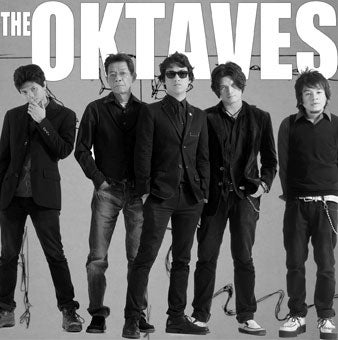 nch. Buyers of the album bundle had a grand time as they were able to meet and greet the band during the photo session after the show.

The album deconstructs modern rock into a collection of songs which represent country, blues, and rockabilly with touches of everything else in between. It may be stripped down rock music but there is nothing simple about these songs.  The complexity and depth of the lyrics and melodies show the experience and sheer musical talent of each individual member of the band.

Ely Buendia and Chris Padilla share singing duties where each vocalist sings the songs which he composed. Buendia lends a country feel with “Olivia” while Padilla shifts to blues with “Ikot”. They also each pen faster, heavier songs like “Gone, Gone, Gone” and “Hold on Tight”. The partnership between the two resulted in a medley of unique tunes but with a coherent sound, which is reminiscent of the legendary pairing of Lennon and McCartney. Old and new fans including fellow musicians have been treated to several live performances in the past few months and the buzz around this band has been tremendous.

The Oktaves is now out in CDs under MCA Music at Astroplus, Odyssey and SM Record Bar. It is also available digitally via iTunes (https://itunes.apple.com/ph/album/the-oktaves/id584793093) and MyMusicStore.com.ph (http://www.mymusicstore.com.ph/album/1085710/The-Oktaves.html).