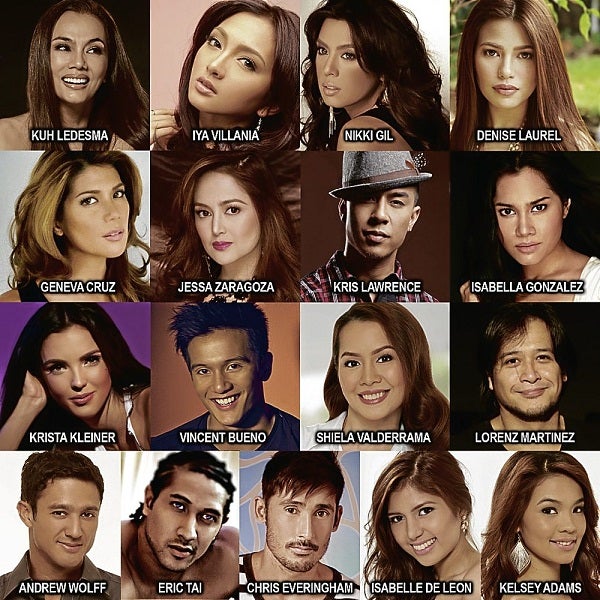 “I am not a frugal lover,” the 24-year-old said in an interview with the Philippine Daily Inquirer.

“I think I love radically.  I love that much.”

For the “Pinoy Dream Academy” Season 1 champion, love is something that overflows from within—a feeling of completeness when a person is with a loved one.

She added: “When love overflows  it spreads like wild fire … not just to that special someone but to everyone around us and in everything that we do … love changes us.”

Yeng said she never had a real boyfriend, only a mutual understanding with some “special persons” before.

She admitted she had no special someone with whom to spend this Valentine’s Day. It will be another working day for Yeng, who will be one of the many artists featured in “Kontrakultura 2: Marked for Love, Marked for Destiny” show at the annual University of the Philippines Fair on Wednesday, Feb. 13, 6:30 p.m. at UP Diliman Sunken Garden.

Resorts World Manila celebrates Valentine Week from Feb. 11 to 17 with its guests by offering the most sought-after names in the local music industry today.

The week kicks off today with “Parade of Cupids,” and performances from “Pinoy Pop Superstar” winner Gerald Santos, a showdown between violinist Jay Cayuca and one-man orchestra Bryson Andres, the Class of Six Band, and “X-Factor” finalist Daddy’s Home.

From Feb. 1 to March 3, The Peninsula Manila is offering the “They’re Playing Our Song” Valentine’s Room Package. This room-musical theater package includes highlights such as singing pageboys, tickets for two to the “They’re Playing Our Song” musical at the Rizal Commercial Banking Center (RCBC) Carlos P. Romulo Theater, a meet-and-greet with the cast, round-trip Mercedes Benz limousine transfers, a three-course dinner for two at Old Manila with a glass of champagne and bouquet of flowers, among many other romantic treats.

“They’re Playing Our Song” is the love story of an award-winning, strait-laced composer who falls for a quirky, aspiring lyricist. Based on the real-life love story of Marvin Hamlisch and Carole Bayer-Sager, this romantic musical written by Neil Simon, stars Nikki Gil and Lorenz Martinez and is produced by 9Works Theatrical.

On Feb. 16, she will perform in Lanao del Norte with daughter Isabella.

Geneva Cruz performs with Jeffrey Hidalgo and Kelsey Adams on Feb. 14 at the Eastwood Mall, and on Feb. 15 at McKinley, Fort Bonifacio.

Jessa Zaragoza will have a special Valentine’s Day show at the Ciriako Hotel in Calbayog, Samar on Feb. 14.

Tomorrow (Tuesday), sing your favorite love songs and do a free-wheeling expression of love in a sing-along poetry.

On Feb. 13, “Save Your Heart for Me” features Richard Merk and Friends, with Corteza, and Ferdie Topacio, among others.

Valentine’s Day itself will feature Merk, Topacio and Jeannie Tiongco  in “My Cherie Amour.”

Shakespeare’s ancient Illyria and the ’60s rock ’n’ roll era in Manila seem to lack similarities, but the fact that Vera is able to do a fitting adaptation only proves the universality of Shakespeare’s work as it resonates in another time.