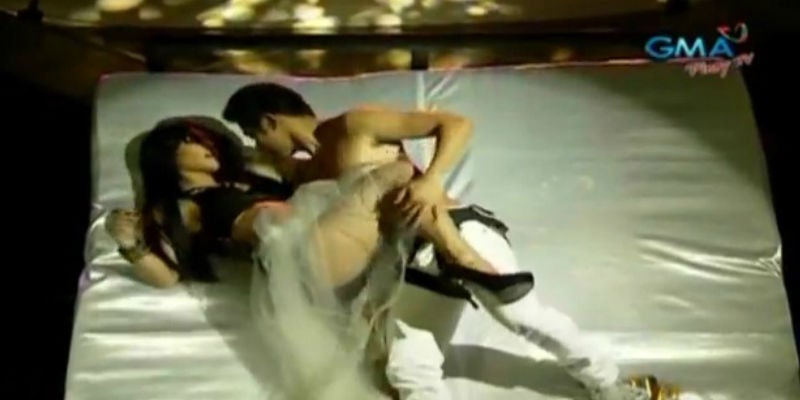 The six-month probation slapped by the Movie and Television Review and Classification Board (MTRCB) on  the GMA 7 musical-variety show “Party Pilipinas” for airing a “sexually-charged” dance number can be lifted any time at the board’s discretion.

This was according to vice president for Entertainment TV Marivin Arayata, who explained that the board would only have to see “that we’re cooperating and following its rules and regulations.” Arayata added, “We will definitely comply.” He said the board and the network agreed on all the provisions of the ruling.

The MTRCB decision released on Feb.7 required GMA 7 to submit, on a daily basis, taped episodes of the program for the next six months. During the probation period, the resolution said, any violation of MTRCB rules could lead to the show’s cancellation.

“We are very willing to cooperate with them,” Arayata stressed. “Right now, we’re conducting our own investigation of what really happened. We’re talking to everybody—from the performers to the producers. [The officers] will meet on this matter again within the week.”

In compliance with the MTRCB ruling, the  Kapuso network issued  a public apology yesterday for airing the sexy song-and-dance number of Lovi Poe, Rocco Nacino and a few other artists on Jan. 27.

The board’s adjudication committee asserted in the ruling that there was a “need for [GMA 7] to assure the public [that] there will be no repetition” of the incident.

The board required the network to submit “the final report on its internal investigation” within 15 days. The report will “serve as basis” for the board’s ultimate decision—whether to require another public apology or terminate the case.

The network’s “concerned officials and personnel” were required to undergo Gender and Development (GAD) training under the supervision of the MTRCB no later than the end of March 2013.

“We are still looking for a date for the seminar,” Arayata said. “We hope to hold it at one of our studios to accommodate more people.  We plan to invite not only our officers but also the choreographers and members of our creative team. We look at this as something that’s beneficial to all of us.”

Read Next
Choose Your Valentine Show
EDITORS' PICK
DOH: Too early to say COVID-19 cases are declining
Over 3 Million worth of prizes to be won at Smart Padala’s SENDali Manalo Promo!
Gov’t rolls out COVID-19 vaccination in select pharmacies on Jan. 20 to 21
COVID-19 cases in City of Manila are decreasing, says OCTA
The best of bayside and city living at SMDC’s Sail Residences
Acer starts the year off strong with the Aspire Vero National Geographic Edition
MOST READ
Comelec junks petition to scrap Bongbong Marcos COC
In Batanes, octogenarian dies of COVID-19
Marcos Jr. visits Cebu, stands as ‘ninong’ to mayor’s son
When to get boosters after positive COVID test
Don't miss out on the latest news and information.