Ramon ‘Bong’ Revilla Jr. –never too big for his britches 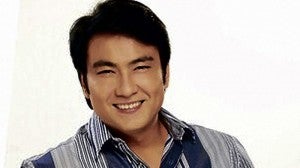 REVILLA. What you see is what you get.

The next Philippine presidential race is still three years away, but the search for President Benigno Aquino III’s successor is already beginning to heat up—with Mar Roxas, Jejomar Binay and Ramon “Bong” Revilla Jr. gearing up for an exciting, three-way fight.

Whether that’s good or bad for the country remains to be seen, and we’re not placing our bets on anyone of them just yet. —What’s hard to deny, however, is the fact that it’s getting more difficult to separate the wheat from the political chaff!

What stunt can the popular action star pull off to defeat the DILG secretary and the vice president? But, before dismissing Revilla’s bid, it’s probably wise for his rivals to remember that he topped the senatorial race in 2010.

We finally met the youthful actor-politician last weekend, when we—along with a feisty bunch made up of Dolly Anne Carvajal, Dindo Balares and Bibsy Carballo—were invited by Butch Raquel’s CorpCom team to meet Revilla, who graced GMA 7’s participation to the Dinagyang festival in Iloilo to promote his action teleserye, “Indio.”

To be honest, we expected the actor to be slick, elusive—and too big for his britches! But, when we finally met him for our one-on-one, he was surprisingly charming, and assured us that it was all right to “go straight to the point”—so, we did!

“They fight for what they think is right. Nobody’s perfect. Sana, maayos na ang problema, kasi sa awayang ito, Senators Enrile and Cayetano aren’t the only ones affected, it’s the whole institution.”

Is he really seeking a higher office—like the presidency? He quips, “It’s premature to talk about it—but, I don’t go to war unprepared.”

His advice for actors who want to join public service: “Learn as much as you can. Before I became a senator, I was a vice governor, governor and chair of the Video Regulatory Board (now Optical Media Board)—and I even lost once!

“Sa senado, maraming mas matalino kaysa sa akin, but I let my heart decide—especially on controversial issues, like the Corona impeachment and the RH and Sin Tax bills.”

Does he get offended when people speculate about his private life and marriage (to actress-congresswoman Lani Mercado), or the circumstances surrounding the death of his half-brother, Ramgen, in 2011? He succinctly replies, “If you’re in show biz or politics, sharing even what’s private is a given—you have to learn to accept that you’re public property! Hindi ako mapagpanggap—what you see is what you get. You can’t go wrong if you’re honest.”

Then, he looks at us, grins, and playfully winks, “Besides, it isn’t my fault if I’m cute (laughs)!”