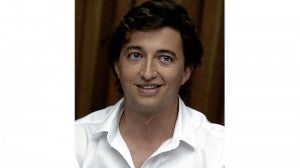 ZEITLIN. Filmmaker of “Beasts of the Southern Wild.” Photo by Theo Kingma

LOS ANGELES—He is the director behind the performance of Quvenzhane Wallis that made Academy history—she is the youngest lead actress nominee. He is the Benh that was called, not Ben Affleck, as among this year’s Oscar Best Director nominees, joining the circle of Steven Spielberg, Ang Lee, Michael Haneke and David O. Russell.

Benh who? We raved about “Beasts of the Southern Wild,” and Quvenzhane’s performance, as early as January last year, when we saw the film in Sundance. In our column that was posted on Jan. 27, 2012, we wrote: “In her stunning feature-film acting debut, Quvenzhane plays Hushpuppy, a girl being trained to fend for herself by her wildman dad, Wink (Dwight Henry, also a neophyte actor), who is terminally ill. They live in a Louisiana bayou cut off from the world by a sprawling levee. With her Afro hair and boots, the astonishingly talented breakout actress displays her character’s feral spirit and vulnerability at the same time.

“In his directorial feature debut, (Benh) Zeitlin is inspiring critics to mention Terrence Malick in praising the movie’s poetic lyricism. In Benh’s screenplay with Lucy Alibar, Wink is preparing Hushpuppy for the time when ice caps melt, devastating the earth, especially their bayou, and unleashing prehistoric creatures called aurochs. With her intelligence and emotional range, Quvenzhane is ‘girl power’ personified, who learns lessons in survival as her community on the outskirts of civilization is ravaged by a storm. Quvenzhane, who was only 5 years old when she auditioned for the role, is a startling find. Remember her name.”

Since then, Benh was hurled into a remarkable journey, as fascinating as the fantasy drama film that also earned Academy nods for Best Picture and Best Adapted Screenplay. Boyish-looking at 30 years old, Benh, whose previous work before making “Beasts” were short films, talked eagerly about how he discovered Quvenzhane, who was only 6 -years old when she shot the film in her native Louisiana.

“It was a long stretch,” began Benh. “We looked at probably 4,000 kids over the course of nine months. We were also location-hunting. When we found a place that we loved, we started looking for people in that location. We went to churches and schools, and distributed flyers. We wanted to see as many people as we could.

“Quvenzhane was meant to play the part. She walked into the room and we saw the character walk through the door. She transformed the film because we were writing as we were casting. We had the ability to incorporate the shocks and surprises, like Quvenzhane, into the script and creating the character.”

Stressing that “no one in the film had acted before,” Benh said that he and Quvenzhane “had probably one of the most traditional director-actor relationships. She has the ability to understand the scene and internalize the part. She understands her motivation, how she has to pivot, and where the emotional shifts are. She is wise beyond her years.” 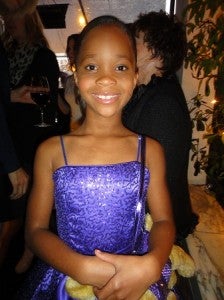 According to Benh, Quvenzhane is fortunate to have a supportive family. “They are the best,” he said. “When you cast a kid that young, you’re casting her whole family. She has an incredibly solid family that keeps her feet on the ground—she’s not at all like the character.”

We were curious to know more about his remarkable find, so Benh obliged: “Quvenzhane has three older brothers and sisters. She’s the baby, but her mom always said to us that she’s never going to get more attention than any of the other three. She has to go to basketball practice, or cheerleading.” While she showed exceptional maturity for someone so young in the film, Quvenzhane is endearingly still a child.

Asked about Dwight, a baker in real life who also gives a fine performance, Benh answered, “It was a real collaboration where we were bringing the script close to the cast. Before we even touched the script, I would be up all night with Dwight, who played Wink. I would show up at his bakery at midnight. While he was making donuts, I’d be there till 6 in the morning, talking about his life, and we’d learn about each other. Once we got done with that, I’d bring in the script, and we’d pull things from his life and relate them to the scenes. If the language or the actions of the character didn’t feel right, we would throw them out and rewrite them.”

On what specifically in Dwight locked the role for him, Benh replied, “It’s a look in his eyes. It’s charisma. We needed someone who has this tenderness and fearlessness at the same time. He rules his bakery with this incredibly magnetic personality. We heard his life story—he lived through the storm (Hurricane “Katrina”). He was on neck-high water. Even though he didn’t have the acting tools, we sensed that he had the determination and openness to bring his life to the part in a visceral way.”

As for Benh, he told us a little about himself. Not surprisingly, he is the son of folklorists—Steve Zeitlin and Amanda Dargan, who are the key figures behind City Lore, a nonprofit organization committed to the preservation of New York City’s—and America’s—cultural heritage.

“I was born in Queens,” Benh said and proceeded to talk fondly of his folks. “My parents raised me with a bunch of eccentrics and lots of crazy stories. We hung out with the Coney Island freak show. I was exposed to all kinds of cultures that exist in New York. Then, at a certain point, I had to decide what I was going to focus on. I was writing music and plays, doing puppet shows, and eventually went to college. I got out of there and immediately dove into making films. I made this short film, ‘Glory at Sea,’ in New Orleans. That bloomed into ‘Beasts of the Southern Wild.’ I’ve been living in New Orleans for six years now.”