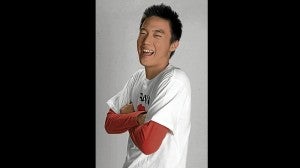 MANILA, Philippines–The Bureau of Internal Revenue on Thursday filed a complaint for tax evasion against a Korean television show host.

Hyun Sung Bank, also known as Ryan Bang, allegedly violated sections 254 and 255 of the National Internal Revenue Code for attempting to evade tax payments and failing to file tax returns for 2010 and 2011.

Bang is a Korean citizen who now works as a television show host at ABS-CBN.

The BIR said based on the tax files of companies that tapped Bang’s services such as ABS-CBN Corp., Summit Publishing Company Inc. and Studio 23 among others, he received at least P3.05 million in income in 2010 and 2011.

However, the BIR said no income or percentage tax returns were filed for 2010 and 2011.

The BIR computed Bang’s deficiency income and percentage taxes for 2010 and 2011 at P1.8 million, including surcharge and interest.