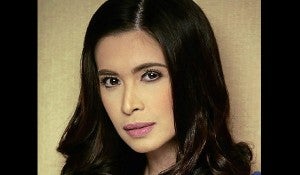 Controversy Season 2013 has officially begun in local show biz. Just when netizens were still shaking off the holiday hangover, Sunshine Cruz’s intriguing posts on Twitter and Instagram caused quite a stir.

This is a tough piece for me to write since I am very close to Shine and her husband, Cesar Montano. But duty calls so I have to comment about the raging issue that involves Shine, Buboy and a certain Krista Miller.

The moment I saw Shine’s Instagram posts of Krista’s pictures and her stern warning to the starlet who’s a bit player in Buboy’s coming movie, “The Alfredo Lim Story,” I got worried so I immediately texted Buboy and Shine.

Shine’s reply: “I know Buboy is a good father and provider. I will pray that he finds real and honest-to-goodness happiness and contentment with whoever he chooses. Kapakanan na lang ng kids ko ang iisipin ko.”

Buboy and Shine have been through worst. Hopefully, this storm will also come to pass. As Buboy once told me, “Marriage should be a union of two forgivers so that it will work.”

By now, the couple should have mastered the art of forgiving and forgetting.

He’s definitely not a saint, although he has a way of making up for his shortcomings. Shine knows that too well, otherwise she could have left him many controversies ago. She loves him enough to always give him another chance.

Their marriage is truly worth saving. It will be a terrible thing to waste. 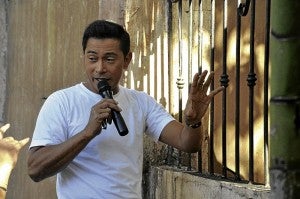 It’s good that Shine has now deleted the pics of Krista from her IG account. Why dignify her existence at all? Now the “extra” has hit the headlines. She ought to thank Shine for her instant fame (or infamy).

But of course you can’t blame Shine for venting her ire.

Sally Quizon and her brothers Eric, Epy, Ronnie, Edgar and Dolphy Jr., along with their family friend, Nanette Medved, turned over the classroom they donated in Dolphy’s name to the Emilio Jacinto Elementary School last Friday.

“Dad made his presence felt,” Sally said. “There was this brown butterfly that hovered around the classroom the whole time we were there. It made me feel good yet it made me miss Daddy all the more.”

Sally takes a piece of her dad with her wherever she goes. Strands of the late Comedy King’s hair are tucked inside a locket necklace which she always wears.

The Quizons also donated P500,000 to the Philippine National Red Cross from the proceeds of the “Alay Tawa Tribute to Dolphy.” PNRC board of governors member Rosa Rosal said they would use the money to buy a blood refrigerator.

Ronnie told me that the smiles at the school and PNRC were more than enough because his father always wanted everyone to smile.

The King of Comedy was the King of Kindness as well. For sure, Pidol was all smiles as he watched his kids pay it forward.

Read Next
Zsa Zsa finds solace in Dolphy’s clothes
EDITORS' PICK
Next level mobile photography within reach with vivo X70 co-engineered with ZEISS
Duterte blasts rights groups for overlooking the ‘other side’ of drug war
Lacson wants DOF to suspend TRAIN law as oil prices rise
Leaked: A 60x Zoom and all-new Helio G96 mean a complete overhaul for TECNO Mobile’s new CAMON 18 series
153 protests filed vs China actions in PH waters in 2021 — DFA
Delivering delight against all odds
MOST READ
Robredo to supporters: Be calm, gentle and do good deeds
Matibag calls Senate budget hearing ‘political,’ gets kicked out
Duterte inaugurates P684-M bypass road project in Quezon
Duterte: No drug dealers among the rich in PH
Don't miss out on the latest news and information.