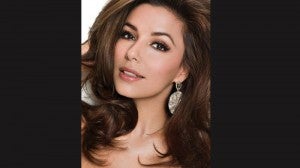 WASHINGTON— Latinos are taking a more prominent role in President Barack Obama’s second inauguration, from the first Hispanic Supreme Court justice swearing in the vice president to a star-studded celebration of Latino culture.

Eva Longoria, a co-chairwoman for Obama’s campaign, is hosting a salute to the president Sunday evening. Antonio Banderas, Rosario Dawson, Marc Anthony and other entertainers are scheduled to appear at the event, called the “Latino Inaugural 2013: In Performance at the Kennedy Center.”

Longoria says this is her first time attending an inauguration.