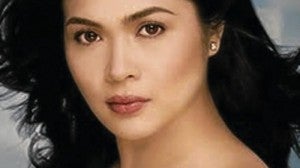 In a 46-page decision issued by the Tax Court’s Third Division, it explained that the P3.418 million represents 2002 income tax deficiency plus 20 percent delinquency interest computed from 2008 until fully paid.

The Tax Court, in dismissing the criminal aspect of the case, reversed the “wilful blindness doctrine.” The doctrine means that an individual or corporation can no longer say that the errors on their tax returns are not their responsibility or that it is the fault of the accountant they hired.

The Bureau of Internal Revenue (BIR), the complainant against Santos, said the doctrine has been espoused by the Tax Court and affirmed by the Supreme Court.

In a statement issued Wednesday, the BIR said they will file a petition for certiorari to question the decision on the criminal aspect.

“It has always been the BIR’s position that the tax code provides for a presumption of fraud in cases of underdeclaration of 30-percent. Ms. Santos’ underdeclaration exceeds 100 percent and the defense never submitted any evidence to disprove such presumption,” the BIR said.