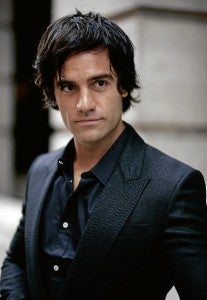 Seems I spend more time at Narita International Airport on layovers than I do at any other major city’s airport. For years I had wished I could step out of the terminal and see what’s there to see in Japan. A week ago, I got that wish.

Four of us will perform: Ramin Karimloo, best-known for playing the lead role in “The Phantom of the Opera” (including the 25th anniversary show), and in “Love Never Dies”;

Sierra Boggess, who originated the Ariel role in Disney’s “The Little Mermaid” and played Christine in “Love Never Dies” and “Phantom” as well;

Yu Shirota, Japanese superstar who has played lead roles in several Japanese musicals including “Tennis Prince,” “Sailor Moon” and “Romeo and Juliet”; and me.

The trip to Japan was arranged by Umegei (a company under the very large Hankyu umbrella), which produces the famous all-ladies Takarazuka Revue.

My first stop was Osaka, where I met with concert director Daniel Kutner. He directed both of my engagements in New York City’s Cafe Carlyle. Ramin arrived that same night. The next morning over breakfast, we three met about repertoire, always a very exciting thing. Our musical director is Tony Award-winning Jason Robert Brown, creative force behind “Parade,” “The Last 5 Years” and “Songs for a New World.”

The show will take audiences on a journey through the Broadway musical, via eras in its history that I’m very excited to explore: Rodgers and Hammerstein, Stephen Sondheim, Andrew 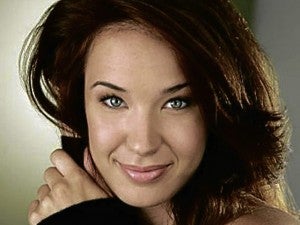 Amidst the business at hand which included many interviews (a round of applause to our amazing interpreters in both cities), there was time to enjoy wonderful food. Our hosts brought us to a lovely restaurant a few minutes away from the hotel. Beautiful and fresh sashimi, delicious sushi and a hearty shabu-shabu! Highlight of the evening was an unexpected reunion with one of my cohorts from the original London company of “Miss Saigon,” Shukubi Yo, now a vocal coach.

The next day, after a full afternoon of press meetings, we were treated to a ride on the Shinkansen, or Bullet Train, to Tokyo. My father once told me about this incredibly fast but really smooth mode of transport, and now here I was … The train was clean, comfortable. And however fast it went, it never felt that way.

That evening, I met Jason Robert Brown for the first time. Tall, with a resonant, authoritative voice, and a quick, wicked sense of humor.

Next food trip was at President Chibo teppanyaki restaurant in the Ginza district. We had worked up an appetite after a full day of more one-on-ones. Dinner consisted of prawns, fish, scallops, abalone, and holy-cow-check-that-marbling Wagyu steak. The meal ended with okonomiyaki, a traditional Osaka pancake that I had no more room for. The walk back in Tokyo’s blistering cold helped us burn off a little of that meal.

On our last day, we all got to meet Yu Shirota (a very handsome and very tall half-Japanese half-Spanish actor/singer), our youngest cast member at 27, but already has quite a resumé. 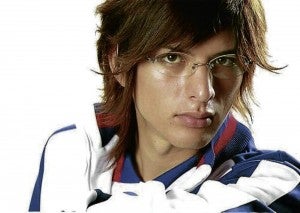 He is personable, friendly, easy-going and funny. At dinner, he and Ramin bonded over Siri (iPhone’s digital assistant … I don’t know what else to call her). The walk back to the hotel was interesting, as passersby stopped and stared at Yu, and a small crowd followed him.

I had a very early flight to catch the next morning. After packing my suitcases, I tried to grab a few hours of sleep, but couldn’t. Perhaps I was fueled by the trip … the members of the press who said they couldn’t wait for the concert to start … or our wonderful hosts who took such great care of us … or the anticipation of a lovely show.

All in all, it was  subarashii—wonderful, awesome, amazing.