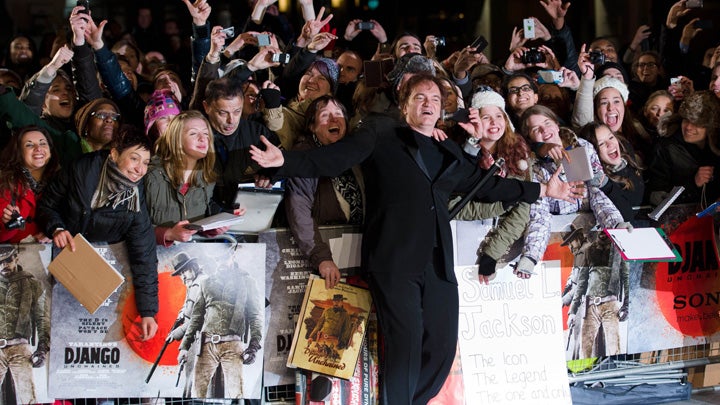 US director Quentin Tarantino poses with fans as he arrives on the red carpet for the UK premiere of the film Django Unchained in central London on January 10, 2013. AFP/LEON NEAL

“This is a damn surprise, and I’m happy to be surprised,” he said, accepting the award for his latest movie, starring Jamie Foxx as a freed slave who teams up with a dentist-turned-bounty hunter.