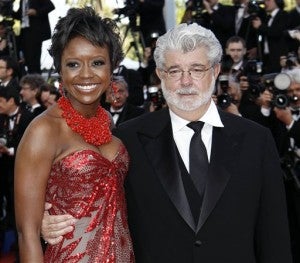 A spokeswoman for Lucasfilm Ltd. says the 68-year-old director is engaged to 43-year-old investment firm president Mellody Hobson. No other details were provided.

Hobson serves as chairman of DreamWorks Animation and is a financial contributor to ABC’s “Good Morning America.”

Lucas helped to launch the modern blockbuster age with his “Star Wars” sagas and “Indiana Jones” adventures. The original “Star Wars” still stands as the No. 2 film in terms of tickets sold domestically, behind only “Gone with the Wind.”

Lucas has three children: Amanda, Katie and Jett. He was previously married to film editor Marcia Lucas from 1969 to 1983.

Disney completed its acquisition of Lucasfilm and the “Star Wars” franchise from Lucas for $4.06 billion in cash and stock last month.