MANILA, Philippines—Three of MCA Music’s more celebrated international acts Rihanna, Taylor Swift and Maroon 5 can look forward to a lucky 2013 since the closing year gave them career highlights that may very well serve as defining moments of their colorful journey as global stars. 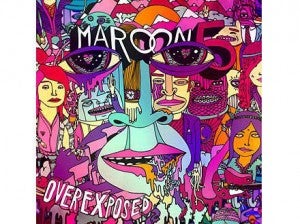 Rihanna’s latest single “Diamonds” became her fastest-rising single ever, in the process achieving a record-breaking 12th Billboard Hot 100 No.1. She reached the peak significantly at the end of her headline-grabbing “777 Tour” where she toured to seven cities in seven days highlighted by a concert in each stop—all for the purpose of promoting her seventh album “Unapologetic.” 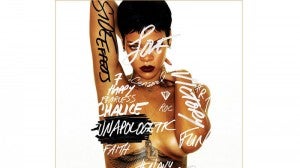 She brought with her more than 150 journalists from all over the planet to cover the week-long promo extravaganza, including Filipino eventologist Tim Yap.

Country star Taylor Swift, on the other hand, reached a new height by scoring her first ever Billboard Hot 100 chart-topper with her single, “We Are Never Ever Getting Back Together”, off her fourth album “Red” released in the Philippines last November. The track topped the iTunes charts all over the world and sold 623,000 copies in just its first week of release.

“Red”, now beefed up with follow-up singles “Begin Again” and “I Knew You Were Trouble” sold about three million copies after mere three weeks in the market. It debuted as the highest first-week album sales in over a decade and topped the sales charts in 42 countries worldwide, 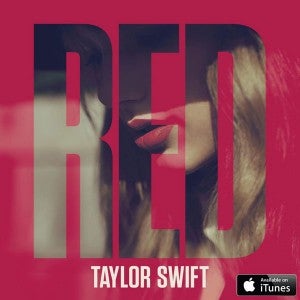 The year ends with Taylor having a worldwide career record sale of more than 26 million albums and 75 million song downloads. Her Filipino fans flocked at Trinoma in a recent fan gathering event where they purchased merchandise items related to the well-loved singer-songwriter while signing in for CD copy requests.

Maroon 5, who performed at a packed Smart Araneta Coliseum last September, hit their longest-running number one single on the Billboard Hot 100 with the single “One More Night”. The song, off their fourth album called “Overexposed”, stayed in the top spot for 9 consecutive weeks.

Guitarist James Valentine shared to Filipino reporters, in response to questions regarding the album’s title, “That title came about when we realized that Adam’s face is already everywhere. You couldn’t get away from his face.”

“Overexposed” lead single “Payphone”, featuring rapper Wiz Khalifa, debuted at No. 3 on the Billboard Hot 100 and then moved up to number two on the chart. Yet the most recognized track included in the album is “Moves like Jagger”, featuring Christina Aguilera, which sold more than 8 million copies worldwide as of June this year, their biggest hit yet no doubt.

“Unapolegetic” by Rihanna, “Red” by Taylor Swift and Overexposed by Maroon 5 are now available in CDs at Astroplus and Odyssey Music & Video or online via iTunes or www.MyMusicStore.com.ph

Get “Diamonds” as your mobile ringback tone, FREE/5 days for Smart and Globe subscribers!

Watch Taylor Swift’s music video “We Are Never Ever Getting Back Together” on Vevo:

Get Maroon 5 “OVEREXPOSED” ALBUM on iTunes:

Get Maroon 5 “OVEREXPOSED” ALBUM on MyMusicStore: