The Rolling Stones’ latest single “Doom and Gloom” is a studio recording completed in Paris only in August this year. Video uploaded with permission from MCA Music (Universal Music Philippines).

MANILA, Philippines—The No. 1 Music Company in the Philippines, MCA Music (Universal Music Philippines), is pleased to announce the release of “GRRR!” by The Rolling Stones, which is made available in a three-CD-50-track collection. 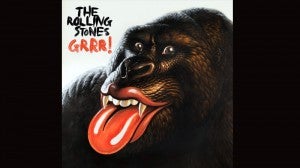 It tells the  ongoing story of what millions consider the greatest rock ’n roll band in the world, from their high octane version of Chuck Berry’s “Come On,” their first single issued in June 1963, via the thrilling chart-toppers “The Last Time”, “(I Can’t Get No) Satisfaction”, “Get Off Of My Cloud”, “Jumping Jack Flash”, “Honky Tonk Women” and the perennial juke-box and concert favorites “Brown Sugar”, “Tumbling Dice”, “Miss You” and “Start Me Up”, all the way to the present day with the inclusion of “Doom And Gloom” and “One More Shot”, two new studio recordings recently completed by the group in Paris, France in August 2012.

These brand new recordings constitute the first time Mick Jagger, Keith Richards, Charlie Watts and Ronnie Wood have all been together in the recording studio since completing the exalted “A Bigger Bang” album in 2005, and follow on from the critically-acclaimed expanded re-releases of the historic 40th anniversary live Madison Square Garden concert “Get Yer Ya-Ya’s Out” in November 2009, and of two of their seventies masterworks, “Exile on Main St.”, in May 2010, and “Some Girls”, in November 2011. 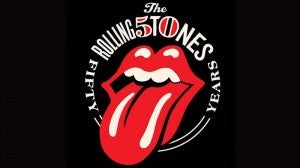 “GRRR!” features a striking gorilla painting infused with The Rolling Stones’ legendary lips and tongue logo by award-winning American artist Walton Ford, who has created the latest in a long line of iconic artwork that has always been part of the band’s DNA.

In celebration of the Rolling Stones’ incredible journey, an innovative campaign has been launched to reveal their “GRRR! Greatest Hits” album sleeve using 3D augmented reality. During a three-week teaser campaign, fans were invited to download the free uView app in preparation for the announcement.

From today, using the uView app fans can scan the “GRRR!” sleeve and watch the stunning imagery come to life in 3D animation right before their eyes. The campaign will have further exciting updates coming soon. The use of one of the most advanced forms of mobile technology currently around solidifies The Rolling Stones as one of the most innovative bands in the world and as relevant as they have always been. The technology has been developed in partnership with Aurasma, the leaders in image recognition and augmented reality technology.

The Rolling Stones’ “GRRR!” album is out now in CDs at Fully Booked, Astroplus and Odyssey Music & Video or online via iTunes and www.MyMusicStore.com.ph

Check out the album teaser to THE ROLLING STONES’ “GRRR!” on YouTube:

Check out the music video to THE ROLLING STONES’ “DOOM AND GLOOM” on YouTube:

Get THE ROLLING STONES’ “GRRR!” album on iTunes:

Get THE ROLLING STONES’ “GRRR!” album on MyMusicStore:

Read Next
Rihanna, Taylor Swift, Maroon 5 achieve career highlights in 2012
EDITORS' PICK
Geek out at TOYCON 2022 powered by Smart Signature
House energy committee chair Arroyo bats for cheap electricity
UK’s Boris Johnson will resign, BBC reports
High inflation: Your P1 is now worth only 87 centavos
Unemployment rate up to 6% in May
High-risk pregnancy: Reducing your risk is in your hands
MOST READ
Suspect in grisly killing of missing woman in Bulacan arrested
Kim Atienza’s daughter flaunts bikini body in response to critics of her ‘revealing photos’
Japanese artist who created ‘Yu-Gi-Oh!’ found dead in the sea
FDA probes popular Filipino noodle brand for ‘high level of ethylene oxide’
Don't miss out on the latest news and information.