Why ‘Les Miserables’ brought tears to my eyes 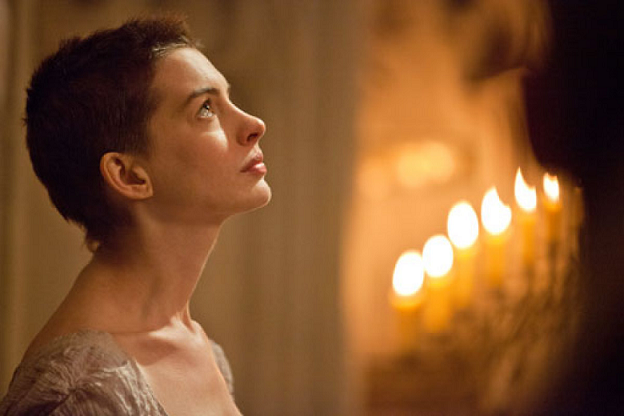 Did “Les Miserables” bring tears to my eyes because it is the holidays and I’m missing someone in my life or was Anne Hathaway’s rendition of “I Dreamed a Dream” pure rapture?

I kept tossing this in my mind after coming out of the press preview for Victor Hugo’s classic novel on November 28, three weeks before it opens to theatres on Christmas day.

From novel to stage to film, Les Miz is not only a monumental theater musical but a visual epic on screen as well. While the setting is 19th-century France, the theme is universal and timeless.

The story that spans 33 years is condensed in a 2.5-hour movie, with the filmmakers extracting the messages of “broken dreams and unrequited love…and the survival of the human spirit.”

Hugh Jackman is the fugitive Jean Valjean, who is hunted for decades since being released on parole. His relationship with the policeman Javert (Russell Crowe) is complicated but director Tom Hooper managed to present the layered dynamics between them as one of hunter-versus-prey: the righteous Javert in relentless pursuit of the outcast Valjean, who is also his savior.

Revolving around the two protagonists are Fantine (Anne Hathaway), the factory worker who becomes a prostitute to support her sickly daughter; her daughter Cossette (Amanda Seyfried); and Eponine (Samantha Barks), who is a bully to Cosette as they are growing up. It is Eponine who is instrumental in getting Cosette and Marius close even though she is in love with Marius (Eddie Redmayne).

Hathaway’s poignant interpretation of “I Dreamed a Dream” may have resonated among many in the audience because she sings it after she loses her job in the factory and she is desperate to find the means to pay for her daughter’s medicine. From the sweatshop, she finds herself working the red-light district.

Hathaway would tell the Hollywood press how she’s not that great a singer. Not so. I felt the intensity of her interpretation. Her voice was fragile yet visceral, the song rendered with raw emotion.

Definitely an Oscar-bound performance for this maturing talent. The person beside me – a movie critic — shared her box of Kleenex.

Easily one the film’s most emotional moment was Eponine singing “On My Own” where she expresses her pain seeing the love grow between Cosette and Marius.

But every day I’m learning

I’ve only been pretending

His world would go on turning

A world that’s full of happiness

That I have never known…

But only on my own

The film ends triumphantly as the French republic is born. Thousands of people sing “Do You Hear the People Sing?,” among them the ghosts of Éponine, Fantine and Valjean.

The storyline may sound depressing especially on a Christmas day, but the intense performance and the heartfelt music give the film its breathtaking quality.

To answer my question: It’s Anne.

FilAm actors Adam Jacobs and Ali Ewoldt, who appeared on Les Miz on Broadway, will team up for a Valentine concert at The Town Hall on February 23.