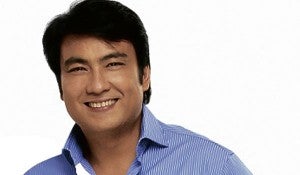 Senator Ramon “Bong” Revilla Jr., who recently renewed his contract with GMA 7, would soon be “the network’s face in regional promotions,” according to chairman and CEO Felipe L. Gozon.

Gozon said the network recently commissioned an independent survey firm to determine who among the country’s talents is the most popular.

“Bong topped the survey,” he told a group of writers over lunch recently. “This was why we’ve decided to make him our representative, along with (Saranggani Rep.) Manny Pacquiao, in the provinces.

He added: “We’re confident that people will tune in to GMA 7 once they see that Bong and Manny are working with us.”

The senator admitted there were offers for him to transfer to another station, but added that he chose “to stick with the network that I’m happy to work with and trust.”

Revilla pointed out: “I’m not one to hop from one channel to another, although I can still make movies (with ABS-CBN). I’ve been in this business for more than 30 years. I’m happy that GMA 7 is taking good care of me.”

Revilla’s next film starrer, “Si Agimat, Si Enteng at Si Ako,” is a coproduction of GMA Films, M-Zet Productions and Imus Films. It is an entry in the 2012 Metro Manila Film Festival in December. GMA 7 is also producing Revilla’s latest TV series, the historical fiction titled “Indio,” which will premiere in 2013. Revilla is also seen every Sunday afternoon as host of the educational program “Kap’s Amazing Stories.”

“I’m thankful that the network has trusted me with such a big project,” he said of “Indio.” “That’s why I’m working doubly hard for it. I wake up early and train hard.”

Asked about his opinion on the large number of show biz personalities running for public office in 2013, Revilla said: “Most people look down on us in show biz. They think we’re not capable of becoming effective public servants. I say just look at those (show biz personalities) who have good records in government.”

He gave this advice to those intending to run: “Be true to your calling, be attuned to what your people need and work hard to give this to them.”