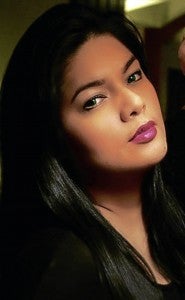 “I want to encourage people who, like me at some point, felt lost and helpless,” said former actress Bianca Lapus who organized the celebrity bazaar “Stars: Mission Is Possible.”

The bazaar, which will run until December at the activity area of Market! Market! in Taguig City, seeks to raise funds for three charity foundations.

“My partners and I turned our attention to small groups that really need help, those that don’t have regular supporters,” Bianca explained.

The bazaar’s beneficiaries are: Grace To Be Born Ministry, which takes care of abandoned babies, counsels rape victims and pregnant women in crisis; He Cares Foundation, a group that provides shelter to homeless families and educates street children; and Palcare Hospice Foundation that helps cancer patients.

Bianca said she expected the event “to grow bigger” as they plan to bring it to the provinces.

They are looking into the possibility of producing variety shows as well as theater plays in the provinces.

To raise more funds, Bianca said her group will arrange an exhibition game between show biz celebrities and legends of the Philippine Basketball Association (PBA) next month.

“‘Stars: Mission Is Possible’ will carry different themes,” according to Bianca. “Last month was fashion and celebrity fusion.” 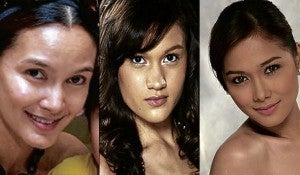 THREE OF the participating celebrities are (from left) Tweetie de Leon, Melissa Ricks and Maja Salvador.

November is all about food. In December, the bazaar will be called “Shop With the Stars Christmas Expo.”

“I organized this for only less than two weeks. I’ve long wanted to do this but my partners and I got the approval of Ayala Malls only recently,” Bianca said. “Honestly, we were initially hesitant to push through with this because we weren’t able to get sponsors and the celebrities were informed on short notice. I’m glad it’s running smoothly. I guess things come your way when your intentions are pure.”

Bianca said she was taught the virtue of sharing at an early age. “I didn’t grow up in a wealthy family,” she said. “Whatever we had, we divided equally among family members. That was how I was brought up.”

“I’ve gone through a lot in life. I got pregnant at an early age and was forced to leave show business to be a mother,” recalled Bianca, who has a son, Isaiah, with comedian Vhong Navarro. “I’m raising my son on my own. Between 2004 and 2005, I experienced the lowest point in my life.”

She went on: “I was in the process of annulling my marriage with Vhong when my mom died [of cancer] and my business went bankrupt.”

Bianca and Vhong got married in 1998. The latter filed for annulment in 2005. The court granted his request three years later.

“I’m only recovering now,” said Bianca. “I want to be the source of strength of people who are also at their lowest.”