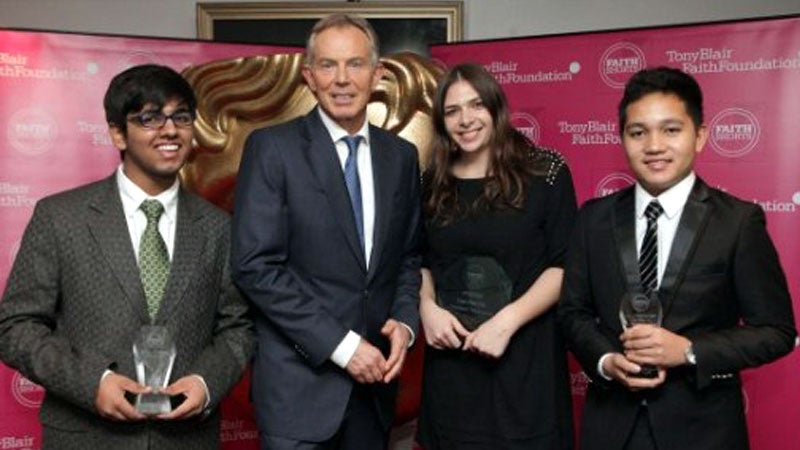 MANILA, Philippines—A 16-year-old Filipino filmmaker bested teens from around the world and won this year’s top prize for an international short film competition of the Tony Blair Faith Foundation, the former British Prime Minister’s organization that advocates interfaith understanding around the world.

General Santos City native Charles Flamiano received his prize in TBFF’s third Faith Shorts competition in London on Monday for his film “Letting Go, Letting God,” a three-minute film that showed the importance of faith in the face of life-threatening illness.

His film was picked as the best in the 14-17 age category out of entries from 11 countries. Another Filipino teen, 17-year-old Deondre Ng of Manila, was among 15 finalists shortlisted in the same category for his work “Bago Kumain,” which talked about the power and meaning of prayer.

“This award has been the greatest thing which has ever happened to me. Thank you for giving me the opportunity to receive this award and to see this very lovely place,” said Flamiano in accepting his award.

Flamiano’s win this year is the second for the Philippines in the TBFF tilt.  Last year, Singapore-based film student Paulo Reyes also took home the top prize for his film “First Steps to Recovery,” which also talked about courage despite critical illness.

This year’s TBFF Faith Shorts competition drew entries from young filmmakers from across the globe.