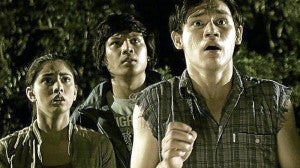 The seventh Cinemalaya Philippine Independent Film Festival was so successful that there are plans to expand the screenings next year to include the Alabang Town Center in Muntinlupa.

“The plan is being considered,” said festival director Nestor Jardin, who is hopeful that the annual event will reach its target of 50,000 viewers this year. He disclosed that, as of July 20, some 24,000 people had seen the films – excluding viewers at two Greenbelt cinemas, where some of the screenings were held, along with the original venues at the Cultural Center of the Philippines.

“Tickets sold like hotcakes. This is an indication that indie films are catching up with the mainstream crowd,” said film producer Robbie Tan, who heads the Cinemalaya organizing committee. “Friends said they wanted to watch the competition films in Greenbelt but tickets were sold out.”

Next year, Tan said the committee is thinking of using the Greenbelt cinemas to feature films entered only in the New Breed and Director’s Showcase categories. This year, Greenbelt also screened movies in the Animation and Focus Asia sections.

Asked why he thought Cinemalaya was more successful this year, Tan said: “We were very careful with the entries. Most of last year’s finalists were serious films. This year they were more varied. We have comedy films, as well as regional entries like ‘Teoriya.’ There’s also the edgy film ‘Amok’ and the shocker ‘Cuchera.’”

How can filmmakers make it to Cinemalaya’s competition section next year?

Film proposals must be “unique, new and its script well-written. It should also be feasible,” said veteran filmmaker Mel Chionglo, who is also a member of Cinemalaya’s screening committee.

Nine filmmakers are competing in the New Breed Full-length Feature category, which is open to Filipino directors who have not yet directed more than three full-feature films.

Four made it to the Director’s Showcase category, which is for local filmmakers who have directed at least three full-length commercial feature films. The finalists were each granted an initial seed investment of P500,000 by the Cinemalaya Foundation.

“It’s hard to anticipate which of them will turn out well. It’s really tough on the filmmakers because they are not given much time,” Chionglo told the Philippine Daily Inquirer.

Chionglo pointed out that the committee gets to see the films only when the festival opens. “I also consider how the viewers react to each film. That’s when I can finally say if we’re successful with the selection,” he said.

Cabagnot, who is also the officer-in-charge of the CCP Visual, Literary and Media Arts Department, apologized to Guillen “for hurting her feelings” and said his remarks “were not with malice.”

Guillen added that, as a member of the Cinemalaya organizing committee, Cabagnot should’ve just kept his opinion to himself or maybe talked with her personally.

“I’m sorry about that,” Cabagnot told Inquirer Entertainment, “but before Cinemalaya, I’ve always been a writer. If I say something, it’s only my opinion … If you read the article, I stated that I was no authority to comment, rave or bitch about her film because I had not seen the film in its entirety.”

Cabagnot said it was the differences in opinion among people behind Cinemalaya that made the festival successful.

“I merely commented on what I saw … I hope her anger will eventually dissipate,” said Cabagnot.

Cinemalaya screened more than 100 films, both foreign and local, in five theaters at the CCP in Pasay and two cinemas at Greenbelt in Makati.