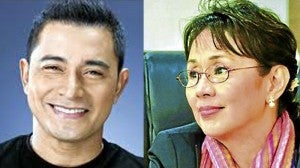 MANILA, Philippines—On the second day Marilou Diaz-Abaya’s wake at the chapel in Gonzaga Building in Ateneo de Manila University-Loyola Heights, two of the major figures in local showbiz told the Inquirer how they remembered their influential director and friend.

Batangas Governor Vilma Santos, who was directed by Diaz-Abaya in one of her landmark films, said, “Direk Marilou was like a mother to me, especially on the set of ‘Baby Tsina.’  I remember that she would always bring for the cast members pandesal and Spanish sardines, which we ate before shooting.
“I love her and her husband, Direk Manolo, who I always requested to be my cinematographer in all of my Eskinol commercials before.
“The last time I saw Direk Marilou was at the wake of actor Johnny Delgado. She was already sick then. She was a fighter. She told me, “kaya ko ‘to! I pray for her family and for the eternal repose of her soul.”

Cesar Montano, who was lead star in Diaz-Abaya’s best works in her later years said, “This is a very, very sad day for us and the movie industry.”

Montao was first known as a macho star (“Machete”) before he dabbled into action films and into playing colourful characters from the 1990s to 2000 until Diaz-Abaya gave him landmark roles that many viewed as life-changing.

One was Jose Rizal in the same-titled opus of Diaz-Abaya. Another was Fredo, the ruthless leader of reef diving young fishermen in “Muro-Ami.”  He also played a Muslim doctor in “Bagong Buwan (New Moon),” a film about displaced families in war-torn Mindanao.

Diaz-Abaya’s wake at the Ateneo Chapel is until Friday, according to son Marc. She will be buried on Saturday at the Loyola Memorial in Parañaque City.