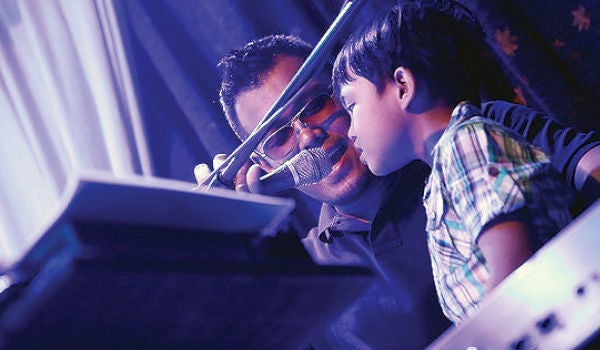 Musicians are said to love playing at 19 East in Sucat, Parañaque, because it has excellent acoustics and top-of-the-line audio equipment—apparently since the club’s owner, Wowie Posadas, is himself an accomplished keyboard player.

Recently, the club played host to a special gig that featured Jay Durias and an all-star lineup of guests. Durias turned 37 on Aug. 26 and wanted to celebrate the following week with a live performance surrounded by artists he has been collaborating with.

In the past, Durias let his former South Border frontmen—Brix Ferraris, Luke Mejares, Vince Alaras, Duncan Ramos—do the singing. Their moving on has allowed Durias to express himself more freely. And although his own vocals tended to be a bit too languid at certain moments, this was compensated by his exciting command of the ivories.

During a jam on FrancisM’s “Kaleidoscope World,” with Gloc-9 on lead vocals, Durias let loose a Hammond organ-type of ad lib that echoed 1960s psychedelia, a perfect match for the song’s Beatles-inspired arrangement.

But Durias is essentially a musician’s dream partner, definitely not someone who would hog the spotlight, but instead egg on his bandmates to shine. So when Juris sang South Border’s “Sa ’Yo” and Smokey Mountain’s “Kailan,” the full-house crowd savored her pipe’s mellifluous tone. 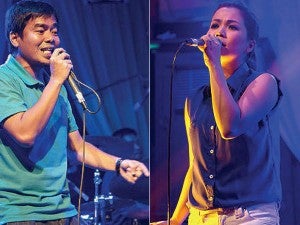 Kean Cipriano got the honors of rendering “Kahit Kailan” and “Ang Huling El Bimbo”—the Eraserheads tune sounding more interesting with a ukulele and then a fiery, blues-metal climax, both courtesy of Legaspi.

Before the “Kaleidoscope” jam, Gloc-9 unloaded some street-wise swagger on “Hindi Mo Nadinig,” a track he recorded with Durias on his new album, “Mga Kwento ng Makata.” A stark tale of love gone wrong, the song dripped with bloody images which compelled the rapper to point out: “Ito yung black sheep na kanta sa album.”

A teenaged singer-songwriter, Joey Ynion, whom Durias has been helping out, showed raw talent that could soon bear fruit.

When Durias called his 12-year-old daughter Kahlil to play drums on “Rainbow,” he didn’t expect his son, Jaydee, to step onstage and join him on vocals. At age 5, Jaydee had the confidence of a future pop star as he sang in perfect tune.

Ramos and South Border drummer Benjie “Bagets” Mendez joined the fun on “Love of My Life.” The latecomer Mendez managed to squeeze in his vaunted percussive skills on the last number, “Ikaw Nga.”

The crowd wanted more, but for the band to do so would have been anticlimactic.

Stepping out into the garden after the gig, people were in a state of bliss.

How Twitter reacted to reports of Kobe Bryant’s death