Noel Cabangon: Revivals are not just about singing old songs 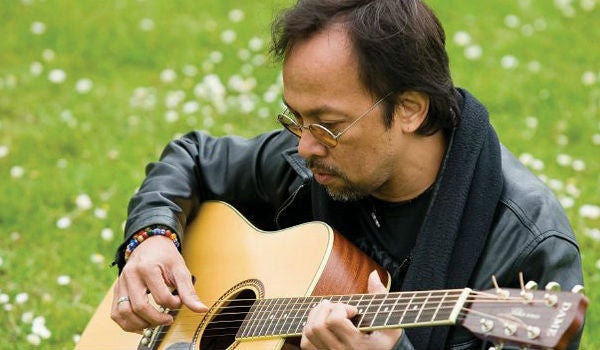 NOEL Cabangon is holding a fundraising concert for Peta, “Tuloy ang Byahe” (also the title of his latest album), on Sept. 28 at the Music Museum.universalrecph.blogspot.com

Despite rampant piracy and the Internet providing free and easy access to pretty much every song imaginable, Noel Cabangon manages to release multiplatinum-awarded albums, such as “Byahe” and “Panaginip.”

His latest offering—the 16-track “Tuloy ang Byahe,” is fast on its way to gold status (7,500 copies sold). “Byahe” and “Tuloy” are mostly OPM revivals, but that doesn’t make this achievement any less impressive.

Cover versions are easier to produce and sell. But you really blame record labels for that, Cabangon says. “It’s the economic side of things. They have to get their investments’ worth. It’s a business after all.”

However, Cabangon doesn’t just record old songs for the sake of selling more albums. The singer-songwriter stresses that there should be a conscious effort to improve the artistic value of a classic hit.

“It’s not just about singing old songs. Creative input is imperative in reviving. I incorporate new spins and fresh ideas,” Cabangon explains. “I also make sure that the song and its lyrics suit my style.”

Even so, Cabangon would rather write and record new songs. “I want to sustain and enforce the creation of something original,” he says.

Starting out as a folk singer, he gained cult status when he joined the indie band Buklod. He is currently with Universal Records. He attributes his albums’ success not only to the quality of the product, but also to the label’s machinery and resources.

“It was something that I didn’t experience as an indie artist, when I could sell my albums only during gigs,” he relates. “My only goal was to sell enough to do a new album.”

Some people brand Cabangon a sellout for crossing over to the mainstream. He says this doesn’t affect him. “I know myself,” he says. “My principles are intact. I never stopped writing socially-relevant compositions and songs about the environment and the country.”

Unknown to many, Cabangon has been a member of the Philippine Educational Theater Association (Peta) since 1994, and works as a musical director and composer. His first project for the company was writing the music for the children’s play, “Ang Tiririt ng Ibong Adarna.”

Cabangon is currently collaborating with theater directors and writers for a children’s play. “It’s about street children and it’s going to have rock ‘n’ roll music,” he says.  “I’m not a playwright, so it’s very challenging. I hope it is staged next year.”

Meanwhile, he is holding a fundraising concert for Peta, “Tuloy ang Byahe,” on Sept. 28 at the Music Museum.

The show will launch the Peta Endowment Fund campaign “[email protected],” which hopes to raise P50 million in time for the group’s 50th anniversary in 2017.