‘Idols’ refresher: Heejun got the boot next 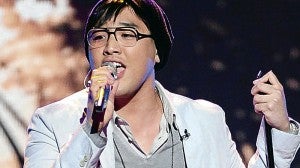 Here’s part 2 of Inquirer’s mini series on the the Top 10 finalists of “American Idol” Season 11, who will perform live on Sept. 21 at the Smart Araneta Coliseum.

Heejun Han, he of the one-liners and funny retorts, is one of the most colorful contestants in “Idol” history. During his audition in Pittsburgh, Pennsylvania, he got so nervous that the judges told him to shake it off, literally. He went on to do a moving rendition of “How Am I Supposed to Live Without You.”

Heejun, born in South Korea, grew up in New York, where he worked in a nonprofit organization for children with special needs.

Before “Idol,” his family had never heard him carry a tune, except to hum along to songs.

Surprisingly, Heejun breezed through all the cutbacks during the Hollywood rounds. He jested that his mother told him to pack light because she didn’t expect him to stay long in the competition.

During Hollywood week, Heejun had an infamous tiff with another contestant, cowboy hat-wearing Richie Law, in one of the group performances. He said, again in jest, that because of Law, he had developed an aversion towards cowboys—even the Dallas Cowboys.

When he arrived in Hollywood, he said, he was overwhelmed by the other contestants: “Even the guys are so pretty … I don’t know what they eat, but they’re so good-looking.”

During the Top 25 elimination, he told Ryan Seacrest: “My dad is my last hope now; he has 20 cell phones.”

Considered one of judge Jennifer Lopez’s favorites, Heejun was always complemented for a “velvety” voice. He was questioned, though, about how seriously he was taking the competition.

Although his last effort to show his serious side was well-received by the judges, he was eliminated after singing Donny Hathaway’s “A Song for You,” making him Season 11’s ninth placer.