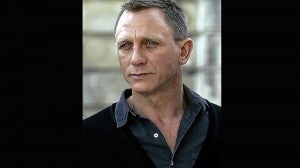 NOW that the presidential elections in the States are heating up, the satirical film, “The Campaign,” comes in the nick of time. Producer-director Jay Roach is a self-admitted political news junkie who’s mined the US electoral motherlode more seriously with acclaimed HBO TV dramas like “Recount” and “Game Change.” This time, however, he puts on a slap-happy face and confronts the weighty subject head-on from a pointedly silly perspective.

His explanation: “I think comedy is the correct response to politics these days. At least it gives you something to laugh about, and makes the weird reality of it easier to swallow—whereas, if you just watch the news, it can be pretty scary!”

Will Ferrell and Zach Galifianakis co-star in Roach’s film as rival presidential candidates who “have the vast resources to completely destroy each other by putting out every shady and dirty campaign strategy they can think of!”

For her part, Madonna has directed a romantic-drama, “W.E.,” and her second directorial effort will open soon (Sept. 12) locally at Ayala Mall cinemas.

In the film, Wallis Simpson, “that woman for when England’s King Edward VIII gave up his throne in 1936, has been dead for more than 25 years.”

Now, 75 years after the abdication that caused a crisis in England, the woman who caused it has “become a more ambivalent figure, by turns despised, traduced, envied and pitied even by her critics.”

What prompted Madonna to devote years of her busy life to researching and writing the script for “W.E.”? She shares, “I couldn’t get off my mind the fact that a man gave up the throne for a woman. Since the beginning of time, men have fought to get on the throne. Why would Edward give it up?

“If it was for love, what did this woman have that would inspire him to make such a great sacrifice? I wanted to know more about her!”

Another screen event worth noting is the celebration of 50 years of James Bond films, highlighted by “Global James Bond Day” on Oct. 5. In anticipation of the worldwide release of the 23rd Bond blockbuster, “Skyfall” (starring Daniel Craig), the day-long series of events will be marked by the launch of the new feature-length documentary, “Everything or Nothing: The Untold Story of 007.”