Zsa Zsa Padilla diagnosed with kidney cancer; friends rally to her side 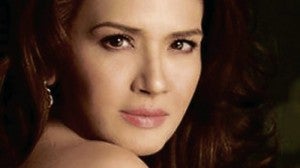 It’s a shocker that can rival the dizzying plot twists in the soap operas she stars in.

In the same week that the country observed the 40th day of the passing of Comedy King Dolphy (real name: Rodolfo V. Quizon), his longtime partner, singer-actress Zsa Zsa Padilla, was diagnosed with kidney cancer.

Padilla herself posted the sad news on her Facebook page over the weekend: She is suffering from stage one kidney cancer.

Epy Quizon, Dolphy’s son from a previous relationship, told the Philippine Daily Inquirer that he and his siblings were praying for Padilla. “She has all our support. She has always been there for our family. This time, we will be here for her. We consider her the mother of the entire Quizon clan.”

The sad news hit them hard, said Epy. “We had barely recovered and this happened so soon after the hospitalization and death of my dad. Our hope is that Zsa Zsa gets better soon.”

Quizon recalled that Padilla had remained by the late comedian’s side throughout his long battle with chronic pulmonary obstructive disease (COPD) and had never left his dad’s side until his death last month.

Quizon said the 4th Pidol Golf Cup, held yesterday at the Eastridge Golf Course in Binangonan, Rizal, was dedicated to Zsa Zsa’s quick recovery. “We offered a prayer for her. The family is behind her in this time of trial,” he added.

In her Facebook page, Padilla wrote: “When life situations get rough, I find myself taking deep breaths. And I am ready to take on new challenges. Living life one day at a time.”

Padilla is currently in the United States, accompanied by daughter Zia Quizon and friend Vicki Belo, for a series of medical tests.

After the diagnosis, Padilla’s doctors scheduled her to undergo a medical procedure on August 27, according to her Facebook page.

Before she left for the US, Padilla had told the media that “a growth the size of a ping-pong ball was found in her kidneys.”

Although the news was devastating, she said she had come to accept it. She told the press: “I can’t question God and ask: ‘Why me?’ Why can’t it happen to me nga naman?”

Friends from the entertainment industry have rallied to Padilla’s side, showering her with good wishes.

Singer-actress Sharon Cuneta, a friend since the early 1980s, admitted feeling furious when she first heard the bad news. “I felt so angry. Bad things are happening one after the other. But I am praying for her and texting her constantly as well.”

Cuneta said she found Padilla’s strength and quiet grace admirable. “During Tito Dolphy’s wake, Zsa Zsa was the one comforting me and reassuring me pa.”

Comedienne Eugene Domingo, who is Padilla’s costar in the forthcoming movie musical “I Do Bidoo Bidoo” said: “I offered mass for her today and I pray for her every day.”

Chris Martinez, director of “I Do Bidoo” told the Inquirer: “Zsa Zsa is beautiful, inside and out. She’s now one of my favorite actresses. After ‘I Do Bidoo,’ we will make another movie, ‘Lola Basyang,’ for the Metro Manila Film Fest.”

Martinez said the cast and crew of “I Do Bidoo” miss Padilla. “We are all praying and hoping for a successful operation.”

Although she is currently in the middle of a serious health crisis, Padilla still has time to relax in the United States.

In her latest posts on the social networking site Twitter, she said she went sightseeing with daughter Zia, sister Carmel and her nieces on Rodeo Drive in Los Angeles, California.

She likewise talked about watching the concerts of music superstars Jennifer Lopez and Enrique Iglesias and of missing the US TV shows “Suits” and “The Newsroom.”

She also posted photos of the 40th day Mass for Dolphy, organized by his daughter Kit Quizon at the St. Patrick’s Church in Cahuenga, North Hollywood.