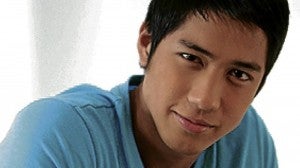 Vin Abrenica, one of the 16 finalists of TV5’s “Artista Academy,” admitted that elder brother and Kapuso heartthrob Aljur initially discouraged him from entering show biz.

Not because of sibling rivalry, Vin said; Aljur merely wanted him to prioritize school.

In a recent interview, Vin related: “When he was starting in show biz, Kuya would read my notebooks, and say, ‘Wow, you’re learning a lot.’”

Vin took up English Studies in UP Diliman for two years, then took a leave of absence to study Culinary Arts at Global Academy. The 21-year-old show biz aspirant initially planned to work in the family-owned bar in Batangas. “But I realized I wanted to act and entertain, so I followed my heart,” he said. 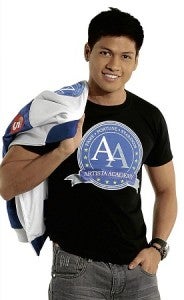 Vin thinks being Aljur’s brother is a double-edged sword. The advantage is instant name recall, he said. The downside is added pressure.

Asked if he thought being a celebrity’s kin gave him an unfair advantage over the other finalists, Vin said: “At the end of the day, we will be judged based on our performances.”

He was evasive when asked about the things that he did better than Aljur. “I just do my best in everything,” said Vin, who sees himself doing action films.

He said he understood that comparisons with Aljur would be inevitable, and that while he found criticism hurtful, he accepted it as part of the game.

Vin stressed that he didn’t intend to compete with Aljur. “He’s my brother and I respect him,” he said. “I don’t like it when people say I’m trying to show I’m better than he is.”

In fact he treasures their bond, said Vin. “We are very close. We share a room, clothes… and my car is a hand-me-down from him.”