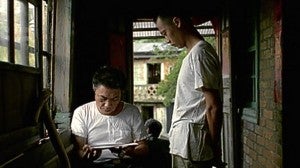 “DUST in the Wind,” from Taiwan

What is the relevance of a film festival from a neighboring Asian country like Taiwan, amid mounting tension in the West Philippine Sea?

In times of crisis, cultural exchanges are all the more imperative, according to Wellington Wei, director of the press division of the Taipei Economic and Cultural Office.

Now on its third year, the Taiwan Film Festival will be held at the Shangri-La Plaza mall starting today until Aug. 6.

Also ongoing this month, the Argentine Cinema Exhibition (2012) presents a varied selection of recent productions and classics. (See schedule below.)

This year, Wei said, the Taiwan festival screens eight films—four features by internationally acclaimed director Hou Hsiao-Hsien and four documentaries that reflect the past, present and future of Taiwan.

“The film fest is a great opportunity for us to be a conduit for cultural understanding and exchange through cinema,” said Lala Fojas, executive vice president and general manager of Shangri-La Plaza.

Wei explained that organizers chose to highlight the works of Hou simply because he’s one of Taiwan’s best filmmakers.

“Before Ang Lee became famous, there was Hsiao-Hsien,” he noted.

In an earlier Inquirer interview, world-renowned filmmaker Olivier Assayas singled out Hou as one of the most important filmmakers in Asia.

Featured in the fest are some of Hou’s most awarded feature films: “The Boys from Fengkuei,” “A Time to Live, A Time to Die,” “Dust in the Wind,” and “Three Times,” plus the docu “Grandma’s Hairpin.”

“The Boys from Fengkuei” won the Golden Montgolfiere honor in Nantes (France) in 1984. “A Time to Live” won the Fipresci prize in Berlin in 1986, the best non-American/non-European film in Rotterdam in 1987 and the special jury prize in the Torino International Festival for Young Cinema in 1986.

“Dust in the Wind” won the Kinema Junpo award for best foreign language film director in 1990.

“Three Times” brought home the best Taiwanese film, filmmaker and actress trophies from the Golden Horse Awards. It was nominated at the Hong Kong Film Awards and was an entry in Cannes in 2005.

“Everyone in Taiwan knows Hsiao-Hsien,” Wei explained. “His films depict everyday life. He tells stories that can happen to everyone.”

He also commended the “spatial” quality of Hou’s works. “That’s his style. He prefers long takes and he’s able to put everything within a single frame.”

“Classmates” tells the story of students in a special-education school, while “Grandma’s Hairpin” focuses on Nationalist soldiers separated from their families in mainland China.

“Stars” tackles the journey of contestants on the reality show “One Million Star,” while “The Man Who Plants Trees” chronicles one dreamer’s environmental crusade.

“Their films are mostly martial arts, costume epics. They are very learned and their films can teach us a lot about history,” he said.

The Argentine Cinema Exhibition opened yesterday at the Instituto Cervantes in Ermita, Manila. There are five remaining screenings.

A love story between an unscrupulous lawyer (Ricardo Darín) and a young medical doctor (Martina Gusman), the film is set against the backdrop of a murky weave of interests behind traffic accidents in Argentina.

In northern Argentina, a violent and ruthless gaucho (cowboy) has a revealing experience that makes him conscious of his own savagery. This leads him to abandon his life of crime in a process that will turn him into a legend.

This is a documentary film portraying the life of renowned Argentine writer Julio Cortázar through interviews with the author and recreations of some of his most celebrated stories.

In 1840s Buenos Aires a beautiful young socialite named Camila (Susú Pecoraro) and a Jesuit priest (Imanol Arias) fall in love and start an impossible romance in times of prejudice and moralistic pressures.

In Chorcán, Jujuy, a young aboriginal meets a rural teacher, who just arrived from distant Buenos Aires. Among themselves a fraternal friendship will develop only to be interrupted when the youngster is drafted to combat in the Malvinas Islands.

Read Next
Will Ferrell on Filipinos as backbone of US; Pinay at ‘Bourne’ preem in NY
EDITORS' PICK
The Best Tech Gifts For The 2022 Holidays
DepEd to keep its P150-million intel funds in 2023 budget
NTF-Elcac gets P10 billion back as bicam restores fund cuts
House energy committee chair Arroyo bats for cheap electricity
vivo’s coming to town to grant wishes with more holiday promos
PH inflation leaps to 14-year high of 8% in November
MOST READ
Ex-Batangas vice gov Ricky Recto passes away
Bantag wants DOJ out of Mabasa slay probe
Mikee Quintos loses her passport while in South Korea
Matet de Leon miffed after mom Nora Aunor ‘competed’ with her gourmet tuyo business
Don't miss out on the latest news and information.