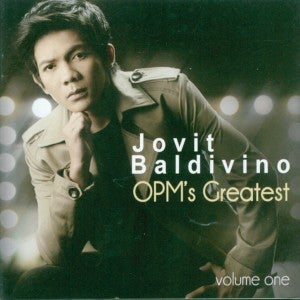 What’s the effect of listening to “Pilipinas Got Talent” season one winner Jovit Baldivino singing covers of local pop hits first made famous by the likes of Regine Velasquez, Neocolours, Side A, Joey Albert, Sarah Geronimo and Marco Sison? It feels like being in a videoke room with Baldivino on his birthday, and he won’t let us leave until we’re tipsy and honest enough to tell him exactly how he fared.

On the first few beers, it’s hard to ignore the trademark rasp when he hits the high notes. It is the weapon that Baldivino wields when he interprets “You Are My Song,” “Say You’ll Never Go” and “Forevermore.” Is he a rocker masquerading as a pop star?

As the drinks flow and Jovit revs up his vocals, we are almost stunned to hear him transform “Tell Me” from a bittersweet breakup song into something that drips with resentment.

By this time our euphoric state veers toward stupor as Baldivino soars with “My Love Will See You Through”—perennial favorite of karaoke kings, next only to “My Way.”

As we bid him goodbye, he shakes our hand and asks, “So, pare, what do you think?”

We’re left with no recourse but to say: “Man, you blew our mind. But be careful when you step out; the waitresses may either kiss you all over, or slap you for daring to upstage Regine Velasquez and Joey Albert. 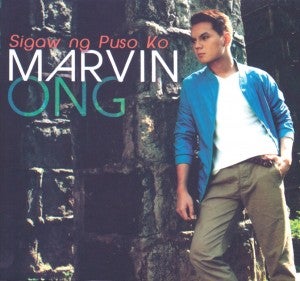 The talented young singer moves to a new label—perhaps an effort by his handlers to steer him into more opportunities to prove his worth. But we wonder why his new CD, “Sigaw ng Puso Ko,” is an EP made up of only six tracks, the rest being minus-one versions of the songs. Could be a strategy to persuade fans with limited cash to buy this specially-priced album.

Be that as it may, Ong demonstrates his strength in singing sad love songs—the type that borders on despair. “Ayoko Na,” one of three songs he wrote, is reportedly this week’s “Most Wanted Song” on Barangay LS FM.

Gifted with a full-bodied, emotionally rich voice, Ong appears headed to pop stardom in a few years’ time. But there’s one thing Viva needs to do and it’s not an easy task: Gather songs that would illustrate, in detailed lyrics, why love turns sour—in case Ong wishes to be known as the king of heartbreak.

Or he himself could discover why and start writing those songs. 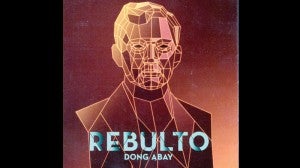 It’s a brilliant concept for a musical album—national hero Jose Rizal coming back to life, if only for a short while, to reexamine his identity and discover what has happened to his country.

Incendiary singer-songwriter Dong Abay gets the privilege of executing the plan through a seven-track EP funded by graphic design studio Team Manila. The songs—written and sung by Abay—bounce, wiggle and creep with an infectious energy from the programmed music devised by the ex-Yano frontman’s UP schoolmates, former Eraserheads Raymund Marasigan and Buddy Zabala.

The action starts at the Rizal Monument—“Kilometro Zero,” in which Abay rattles off trivia about the Luneta landmark over perky dance beats. He proceeds to describe Rizal rising from the dead (“Kikilos”), surveying his surroundings (“Par Que”), reminding everyone of his ubiquitous image (“Anonymous”), engaging in poetic discourse (“Rizal Day,” lyrics by Amado V. Hernandez), marveling at the country’s development (“Bagumbayan”) before reverting to a statue once again (“Titigas”).

The album stands out from Abay’s mastery of verb-driven, image-heavy writing. But he seems to have overlooked, if not avoided, delving into problems besetting the Philippines.

Instead he relies on Hernandez’s verses on “Rizal Day,” which merely hints at our errant ways; another key track, “Bagumbayan,” is content with celebrating freedom gained from Spain’s surrender.

Then again, this album should be taken for what it is—a dream welcome party for Rizal’s next incarnation.