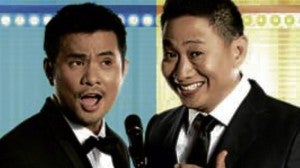 Calixto Reyes, accountant: “The death of Dolphy made me realize how wonderful a person Zsa Zsa Padilla, his partner for 23 years, is. I watched her speech during the necrological rites, and I was blown away by her grace, honesty, poise, intelligence and love for the comedy king.

“Even in grief, her artistry shone through, as manifested by her a cappella song, which she rendered with such poignant feeling that it moved everyone to tears. I am now officially a Zsa Zsa Padilla fan.”

Edito Salgado, literature teacher: “I am delighted that the Cinemalaya festival is opening this weekend. Its indie productions deviate from the traditional approach in movie-making. The emergence of experimental films is rooted in the changing times and the increasing maturity of viewers.

“With the participation of notable mainstream actors, indie films provide a contemporary perspective on current issues and capture the excitement of this innovative period in local filmmaking.”

Alex Alonzo, student: “Ogie Alcacid and Michael V did it again, tickling my funnybone with their impersonations of Ricky Lo and Butch Francisco, respectively, on ‘Pare & Pare.’

“They don’t look exactly like Ricky and Butch, but they more than compensated for it with their comic approximations of their subjects’ distinct mannerisms. Ogie and Michael obviously enjoy doing impressions – but, they don’t go overboard and become obnoxious, unlike other comedians.”

Soledad Morales, office employee: “The unfortunate incident involving a controversial personality during the wake of Dolphy had me asking: What were the reactions of her husband and children to her behavior?

“Are they helpless in controlling her infamous outbursts? Prior to this, she also figured in an unpleasant verbal exchange with a former movie queen. ‘Di na nga s’ya magalang sa buhay, ‘di pa rin gumagalang sa patay.”