David Cook to newcomers: ‘Get used to rejection’ 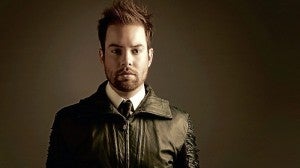 COOK. “In all my travels so far, I have yet to find people who are friendlier and more inviting than Filipinos!”

“Recently, a reporter made a comment about how much happier I seemed since the last time he talked to me (before my Manila visit in 2009),” David Cook shared with his adoring crowd –composed of writers and admirers – at Edsa Shangri-La last weekend, one day before his show at the Big Dome. “At the time, I came here a few weeks after my brother died – so, I purposely held my grief at bay, because I didn’t want to disappoint my fans!”

The winner of “American Idol, Season 7” may have chosen to shun the trappings of celebrity, but its stellar sheen has no doubt rubbed off on David.

As he addressed questions that ran the gamut from silly to substantial, the singer did look happier than he’s ever been. His eyes twinkled as he chuckled heartily after an overly enthusiastic waiter interrupted him by handing him a glass of juice as he was answering a serious question.

With his recent concert, Cook resumed his “love affair” with the Philippines and its effusively appreciative concertgoers. He shared, “It was incredible to fly in this morning as the sun was coming up – it was beautiful – and your people mirror that. In all my travels so far, I have yet to find people who are friendlier and more inviting than Filipinos!”

The 29-year-old rocker also heaped praise on Season 11 runner up, Jessica Sanchez: “To hear her sing is ridiculous! In the last four years since my stint on ‘Idol,’ I’ve meet contestants who may have had more experience (in talent searches).

“As a result, they came across as ‘more professional’ than others, and it was harder to see the real persons behind them. But, Jessica immediately came off as someone who was sincere. And what’s even more frightening is the fact that she’s so young – as Archie (David Archuleta, his runner-up) was in our batch!”

Cook also noted how increasingly hard it’s been to second-guess the results of the popular talent search that “created” him: “This year’s ‘Idol’ was one of the seasons where I couldn’t get a pulse on what the American public was thinking. It seemed like every week, whomever we thought would go home didn’t!”

David took awhile to think about his answer when we asked him what his tips are for newcomers who want to join talent searches and singing competitions: “Don’t let rejection get you down. My advice is to get used to the word ‘no.’ Truth is, I still hear it from time to time – but, lately, I’ve been hearing more ‘yeses!’”