A Pidol in every Pinoy 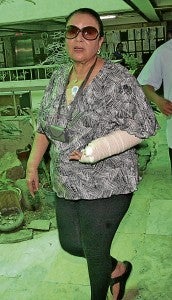 We can’t have enough of him. In honor of Tito Dolphy, Marichu Vera Perez-Maceda is spearheading a mini Dolphy festival.

Old films of the King of Comedy under Sampaguita Pictures will be shown in several theaters. Some museums plan to mount exhibits of Dolphy memorabilia.

His favorite bakeshop, Hizon’s, will make pastries named after his various TV/movie characters. His grandchildren will launch a line of Dolphy apparel that they plan to call The King’s Clothing.

There truly is a bit of Pidol in every Pinoy.

My heart goes out to my second mom, Tita Nena (Amalia Fuentes) and her son Geric. What an ordeal their tenants are unduly causing them.

Geric sent me this message on Facebook: “Our attackers are still at large. This is the full version of  the attack on my mom, http://www.youtube.com/ watch?v=U7rcJIz1Jjc.

“The brother of my mom’s attacker is in jail for grave threats. I wish they would release the CCTV footage unedited. We are spreading the word for our own safety. Our lives are still at risk, especially if the brother posts bail.”

Maybe Tita Nena should seek the help of “Big Brother” so a mysterious voice would reverberate in her apartment for rent and remind tenants to pay on time.

It was a privilege to coanchor TV5’s tribute to Tito Dolphy last Sunday along with Tita Cristy Fermin, Amy Perez and Paolo Bediones. I didn’t mind working on a Sunday for four long hours.

It was my little way of paying homage to my childhood idol. The tribute taught me a lot more about the comedy king. Over and above his show biz achievements, it’s his genuine kindness and true humility that leave a lasting impact.

Marina Benipayo and Ricardo Cepeda were spotted in Davao. What’s the real score? 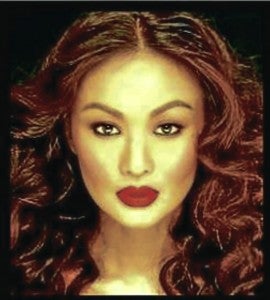 “We’ve been a couple since October 2011,” Marina reveals. “We were in Davao for his work and it was a chance for me to meet his kuya and pamangkin. It’s not a secret, but we don’t entertain interviews focused on our relationship.”

She and Richard were comodels in the 1980s but lost touch when he joined show biz in the ’90s. “When we worked together on ‘My Binondo Girl,’ we got to know each other very well,” she says. “Before we knew it, we were together.”

Unilab Active Health’s year-round events are a magnet for both athletes and celebrities. At Run United, Enervon endorser Carmina Villaroel ran in the 3-kilometer category with partner Zoren Legaspi and their twins Mavy and Cassy. In the Tri United 1, Aubrey Miles and Troy Montero ran in the 5-km category while Tessa Prieto-Valdes took on the 10-km category.